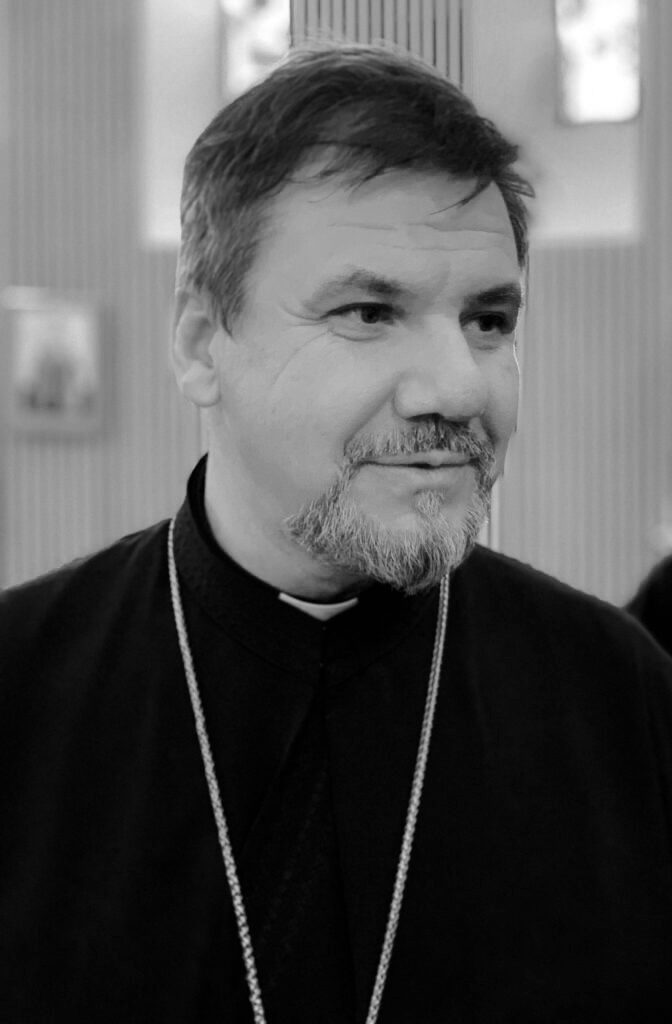 The task of summarising how the early Christians represented reality is not easy. The writers of that era did not produce systematic discourses “On the World,” their interests being elsewhere. Yet the world as they perceived and inhabited it is very much present in their writings. It is from there that we learn the extent to which the early Christian experience—unlike modern urban societies—included the environment and reached towards the broad expanses of the cosmos. Another aspect worth noting is that, regardless of how nontechnical the writings of the early Christians were, many of their works incorporated scientific information, by the standards of those times. This information often was presented as a cultural given, shared by the various audiences of that age, Christian and otherwise. This inclusive approach anticipates the robust conversations about faith and science of our own era, when we ask big questions and seek the nexus of all things. The fact that contemporary science has rendered obsolete the knowledge of the ancients does not diminish the significance of the approach discussed here.

I have grappled with these and related matters in my book, Humankind and the Cosmos: Early Christian Representations, published by Brill in July 2021. The sources analysed therein illustrate the Greek Christian thinking about the universe, from the second to the early fifth century. While considering topics that range from the form of the world and the structure of nature to the contemplation of the cosmos and people’s environmental footprint, I have realised that the multicoloured threads of ideas I examined ultimately form an elegant tapestry. In what follows, I present my reconstruction of the early Christian view of things, a worldview that bridges philosophical, scientific, scriptural, and theological elements (see Humankind and the Cosmos, 365–370).

The early Christians believed that the ordered universe exists due to God who creates, supports, and guides it towards the final consummation—the perfect fellowship of God, rational beings, living beings, and the cosmos. The created universe, in all its complexity, unfolds according to a blueprint designed by the creator Logos “when” the world was not. But this unfolding depends on multiple factors, divine, cosmic, and human, natural and supernatural alike.

The creator differs from the creation ontologically, but is actively and continuously present in it. The creator contributes to the processes put in place for the cosmos to be, to move, and to reach fulfilment. Nevertheless, these supernaturally fuelled processes are no less natural, presupposing physical forces that belong to the universe itself. These physical forces exist from the beginning. They first became manifest when God’s energy activated the darkness—or the chaos of created matter—as light. Light is the name of a natural energy that morphs the chaos into universe, or the name of the chaos on its way to becoming cosmos. The chaos has from the outset the potentiality of light; it contains the promise of order. This metaphorical language does not make incomprehensible for us, modern people, the processes alluded to, here: the ancients were as concerned as we are with what we call, in technical parlance, quantum cosmology.

Activation entails supernatural and natural factors. As the divine call, nudge, or energy woke up nature’s potential in the beginning, so God continues to do throughout the universe’s course, fuelling its natural processes. Cosmic existence is an ongoing exercise in synergy. Nature itself constitutes an open field where the uncreated and the created realities interact. This fundamental interaction unfolds behind the scene of another convergence, of created material and immaterial factors, resulting in the concrete beings that populate the cosmos. It is through this fundamental interaction that the divine blueprint takes material existence. Synergy exists on all levels, from the basic elements of nature to the processes at work in the earthly ecosphere to celestial mechanics to the universe in its entirety. Nature is neither purely material nor divine. Nature is complex. The universe’s movement itself is natural and supernatural, random yet purposeful.

What secures purposefulness is the antecedent blueprint that sets the parameters for all things to exist, to move, and to have their being. Phenomena emerge and are finely tuned due to infrastructural mathematical patterns—divine numbers and measures—that enable organisation and complexity. We call them constants of nature and big numbers. And as divine conditions frame the universe’s movement in the form of laws, the dynamism, randomness, and spontaneity of nature lead to increasing complexity, not to further chaos. The outcome is our ordered universe. Chaos become cosmos. 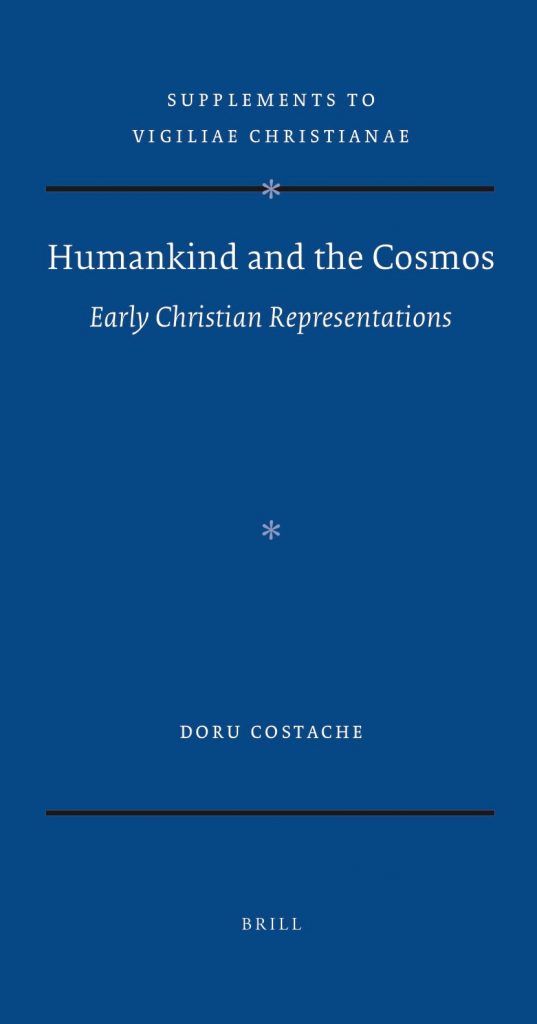 Order and complexity find expression in images, signs, and symbols. The cosmos is theologically meaningful, revealing God’s activity, will, and wisdom that permeate all things. It does so by metaphorically singing the foundational symphony or ode written by the divine Logos from before the ages. Indeed, for the early Christians and their ancient sources, the multilayered cosmos is also a polyphonic instrument, an orchestra, and a chorus. While cosmic music is not consistently harmonious, salvation restores its beauty. Salvation amounts to the restoration of the cosmic music disturbed by the cacophony of human ungodly activities. Restoration is possible given that the agent of salvation, Jesus Christ, is the Logos incarnate, the agent of creation and providence. As such, Christ’s salvation both leads humankind back on track and attunes the cosmic processes to the blueprint of the creation. And so the advancement of both humankind and the cosmos towards their shared goal—eschatological perfection—becomes possible again.

For the purposes of grasping the sense of the cosmic song, believers must learn to consider the universe through a different lens. Theological meaningfulness does not transpire only as sacred music; it also constitutes an alternative scriptural narrative. Scripture itself makes obvious the cosmic narrative by referring to it as such. For it shows that the universe teaches wisdom, which believers—in awe—must learn how to read. As with Scripture itself, the cosmic narrative requires hermeneutical decoding. In principle, the message of the cosmic book corresponds to Scripture’s own discourse. And what both Scripture and nature reveal is God’s plan for a creation whose fulfilment largely depends on the “spin” of human activity.

Given its theological meaningfulness the universe is, furthermore, a school. In the cosmic school, able and diligent students learn about the creator, the universe, and their own place in the order of things. This they do through contemplative exercises. They learn to understand the cosmos as God’s creation and to love it and all its parts. Understanding leads to love because it shows that the world is meant to be their home. This realisation brings with it a sense of responsibility for their own wellbeing and for the flourishing of their home, part and whole. The cosmic school teaches that they must protect and till the garden, in the metaphorical language of Genesis. To perform this task, however, students undertake personal transformation through ascesis and humbly advance in divine knowledge. For without the caretakers adopting a corresponding lifestyle, the earthly ecosystem and the universe in its entirety will not reach the divinely set goal. This is not anthropocentrism; it is, however, an early Christian, theological articulation of the anthropic cosmological principle.

This synthesis does not account for everything I discuss in my four-hundred page analysis, but I hope that it still gives us a fair idea of how the early Christians viewed the world and their place in it. In short, they embraced a holistic sense of the universe, where there is room for divine activity, human impacts, and natural processes. To make sense of all this, they borrowed from various perspectives, philosophical, scientific, scriptural, and theological. These they weaved together into a comprehensive and harmonious representation of reality where each perspective has its part to play, without cancelling other views. And so, together with striving to understand their world, the early Christians achieved a balanced synthesis of perspectives, interdisciplinary by all intents and purposes. This is wisdom modern Christians could still learn from with great profit, in order to articulate a theological worldview at the crossing of contemporary disciplines, including the scientific culture of our age.

Acknowledgment Originally published on the blog of the International Society for Science & Religion, April blog