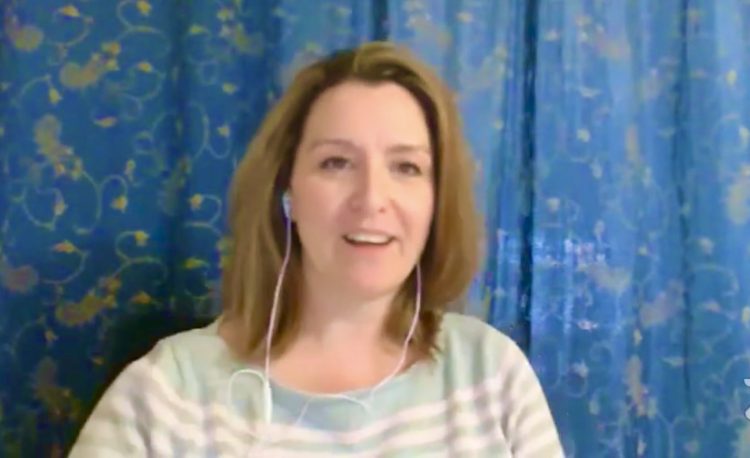 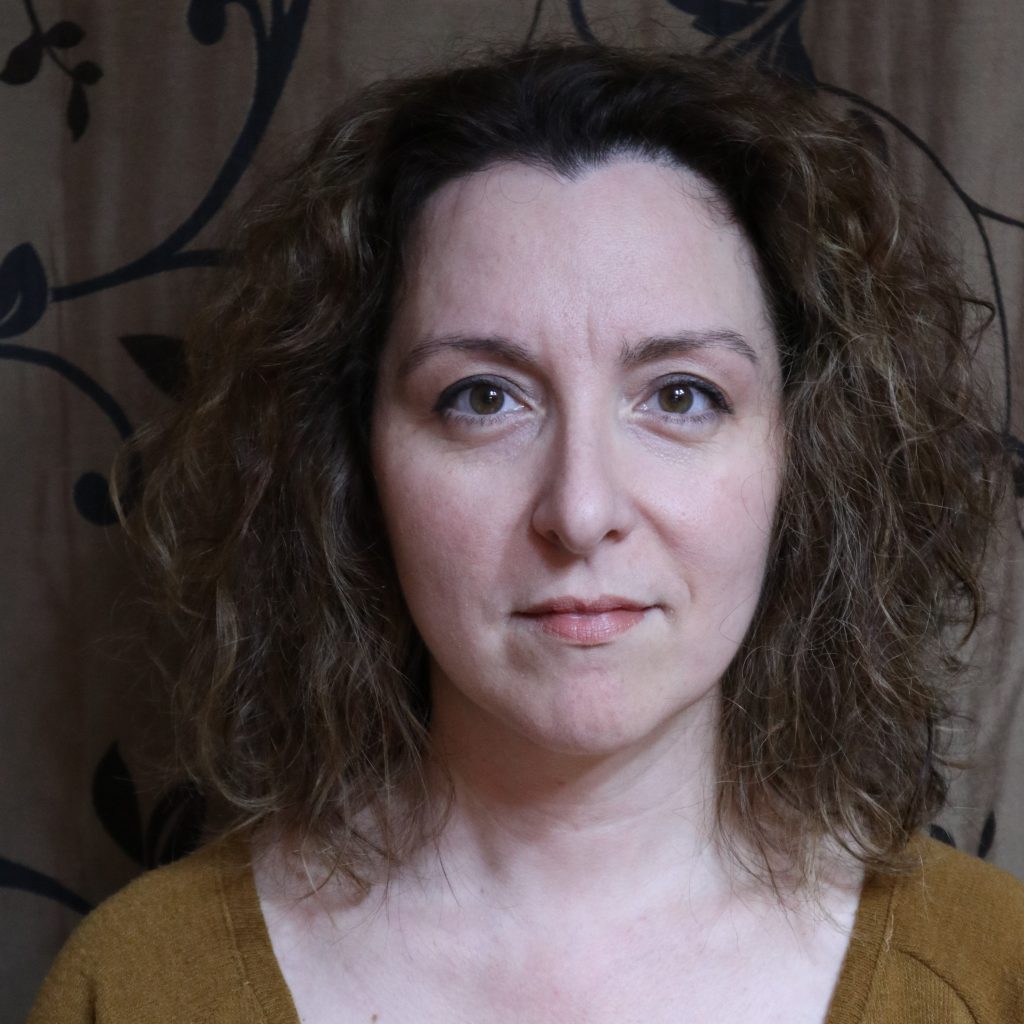 On the occasion of the second ISCAST – SOW round table “Modern and Contemporary Orthodox Attitudes to Science” (14 December 2021), I have read the following short paper, which was preceded by the presentations of Rev. Dr Antonios Kaldas (ISCAST/St Cyril’s Coptic Orthodox Theological College, Sydney), Dr Samuel Kaldas (ISCAST/St Cyril’s Coptic Orthodox Theological College, Sydney), and followed by the talk of Dr Kostas Tampakis (SOW/IHR-NHRF, Athens). The host of the event was Rev. Dr Chris Mulherin (ISCAST), while Prof. Peter Harrison, FAHA (University of Queensland) moderated the discussion.

In 1998, the administration of the Association of Greek Chemists requested from the Holy Synod of the Church of Greece to declare Saint Menignos the Fuller (the cloth-dyer; celebrated on 22 November) their patron saint. What is remarkable is that no other scientific association in Greece, besides medical practitioners, has a saint patron. This fact made me wonder about the relationship between chemistry as a scientific discipline and Greek Orthodoxy.

Chemistry was introduced as a discipline before the Greek War of Independence in 1821, when the Greek-speaking population was still under Ottoman rule. This period is known as the “Neo-Hellenic Enlightenment.” According to the received historiography, the arrival of new scientific and philosophical ideas from Europe through the systematic translation into Greek of various textbooks largely contributed to the intellectual liberation of the Greeks from illiteracy and superstition, subsequently leading to their political independence.

By the late eighteenth century, certain Greek-speaking Orthodox scholars, like Nikephoros Theotokis who belonged to the wider circles of the Ecumenical Patriarchate and had studied abroad (in Padova, Bologna, and Leipzig), introduced the first elements of chemical knowledge in their writings. Their efforts were educational and aimed at the underdeveloped educational structures within the Greek-speaking space. In the early nineteenth century, chemistry was still perceived as a part of physics. Archimandrite Anthimos Gazes was the first to introduce the work of Lavoisier in his translation of Benjamin Martin’s Philosophical Grammar (1735) in 1799. He was also responsible for the publication of the first purely chemical book in Greek, the translation of Antoine-François de Fourcroy’s Philosophie Chimique (1792) by Th. Iliadis, in 1802.

The popularisation of natural sciences in the Greek-speaking lands took place within a certain cultural and religious context, usually perceived as revival of the classical philosophical heritage and reassessment of the Orthodox Christian tradition. No wonder chemistry was perceived as inherent to the local philosophical discourse. The latter amounted to an amalgamation of new scientific and philosophical ideas, as well as scholastic Aristotelian and neo-Aristotelian patterns of thinking. Accordingly, modern chemical discoveries supposedly continued the ideas of ancient Greek philosophers. As the narrative went, chemistry had already become a science when ancient Greeks developed the elements of natural philosophy. Within this context, the early chemical concept of phlogiston (later called caloric energy), for example, was supposed to be analogous to Aristotle’s elemental fire in its role in generating heat and light. Along the same lines, the reformed chemical nomenclature, introduced by Lavoisier and others, was argued to be of ancient Greek origins.

Therefore, it seems that for a nineteenth-century Greek Orthodox scholar chemical knowledge was acceptable given its compatibility with the philosophical discourse. The perception, indeed, was that chemistry could not be in conflict with the spiritual tradition of the Orthodox Church: the Greek Fathers themselves renovated Greek ontology in the light of Christ’s mystery and dealt with matters of natural philosophy. Thus, chemical knowledge could help believers to understand the world as creation and, consequently, the Creator.

Nevertheless, there were further reasons for a nineteenth-century Greek Orthodox scholar to feel comfortable enough with chemistry. First, contrary to sciences such as physics or cosmology, there were no serious theoretical or ideological objections, since there was no alternative chemical system to be proposed. Second, chemistry did not explore the origins of creation the way physics and biology did, instead studying states of matter. Third, it was assumed that chemistry had never really endorsed materialism and did not create any serious theological issues. It is not difficult to grasp the reasons behind this perception. Any programmatic attempts to sketch out a “chemical materialism” in Europe had so far been associated with forms of vitalism. For example, it was assumed that organic molecules were subject to laws that are different from the laws of matter in motion, and that chemical properties were of a different order from purely physical ones. Hence, chemistry could not be a threat against moral order, free will, and the Christian doctrine of the soul.

Finally, several Greek Orthodox authors, such as the monk Dorotheos Christodoulos, would take into consideration the alchemical past of chemistry. In 1888, Dorotheos translated from Latin a manuscript on hermetic philosophy. What mattered in this case was not the metallurgical character of alchemy or its association with natural philosophy; it was the spiritual character of the alchemical belief in the transmutation of the inner self of the alchemist in communion with the divine. This was, after all, the type of occult interest trending in Europe during that time.

However, in the late nineteenth century chemistry came to be considered an independent science and was mostly celebrated for its interdisciplinary, practical, and beneficial character. Chemistry was said to promote the national economic growth of the new Greek state, established in 1830, and also the wellbeing of individuals, families, and the society more broadly. To this day, especially for its services to medicine and agriculture, Greek Orthodox authors consider chemistry a virtuous science compatible with the religious imperative to relieve human want and suffering.

Still, there is a sense of restrained enthusiasm about the epistemological boundaries of chemical knowledge. In 2011, in an article published in a well-known Greek Orthodox journal called Hē drasis mas, the author asserts that the division of chemistry into several subdisciplines on the one hand proves the limitations of the way the human mind works, while on the other hand points to the unlimited divine Sophia/Wisdom contained within the world that surrounds us. Furthermore, while chemistry analyses the properties of matter, chemical products are said to differ, to be ephemeral, and simpler than God’s ktismata, or creations.

I will conclude with a thought. Once accused of polluting the environment, currently chemistry builds an environmentally friendlier profile through research in Green Chemistry, which focuses on the elimination of hazardous substances from the manufacture and the use of chemical products. Could this turn give rise to a new perception of chemistry? Contemporary Orthodox theologians reinterpret the ecotheological and the anthropological elements of the Christian tradition with a view to raising awareness of the environmental crisis. Given that it is no longer a matter of simply attempting to preserve the environment, would these theologians see Green Chemistry as another way of exercising humanity’s priesthood within the creation?