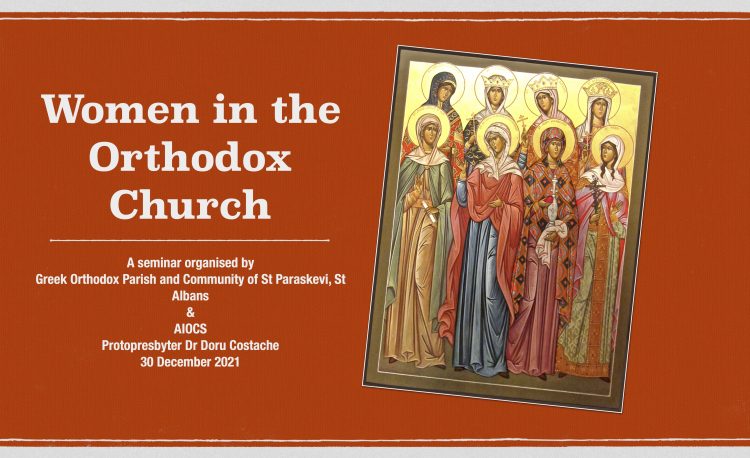 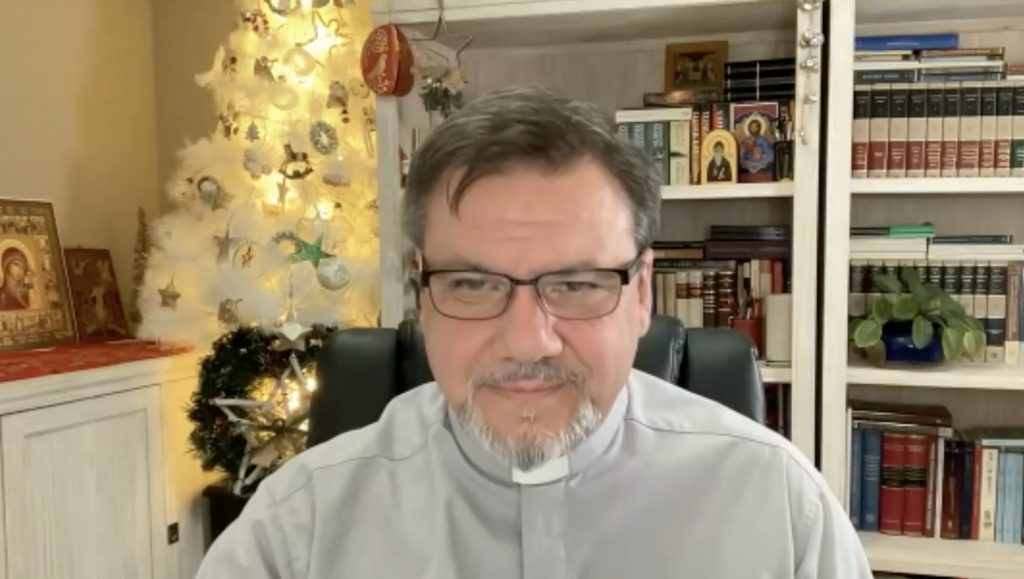 On 30 December 2021 has taken place the online seminar “Women in the Orthodox Church,” having as main speaker AIOCS’ Founding Director, Protopresbyter Dr Doru Costache. The event was co-organised by the Greek Orthodox Parish and Community of St Paraskevi, St Albans VIC, and AIOCS. The speaker was introduced to the small audience by St Paraskevi’s parish priest, Father Irinaios Koikas, while Mrs Zenaïda Dunlop offered a prayer. The seminar was held at the request of a group of Orthodox women at the Parish and Community of St Paraskevi, and focused, as the title makes plain, on the status of women in Orthodox Christianity.

The speaker addressed the topic from a variety of angles, from Christmas and Paschal perspectives to personal experience to academic research of scriptural, patristic, historical, and archeological evidence. He emphasised the shift from the Mother-centred (where Mother is the Most-Holy Virgin Mary, the God-bearer) Christmas paradigm to a father-centred one, which is the dominant model of the church to date. The father-centred paradigm does not originate in the mystery and the message of Christmas, having no immediate adherence to the mystery of the incarnation central to the Christian experience. Above all, continued the speaker, this model proved to be an exclusive one, conducing to the marginalisation of women in Christianity. 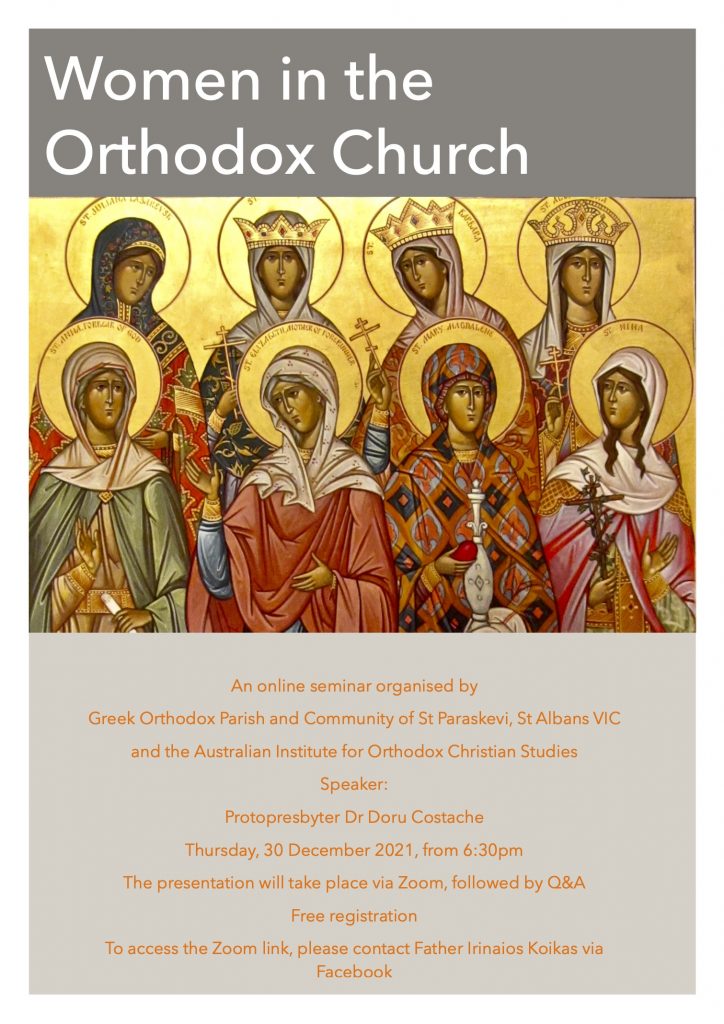 Flyer of the event

By contrast, the Mother-centred model is inclusive, rejecting no one. The speaker continued by supplying evidence in favour of Christianity as a socially revolutionary framework, where initially and for many centuries women’s virtues, skills, and contributions have been acknowledged and put to good use. However, the evidence points to a progressive degradation of the situation, leading to the current state of the church as a male-centred organisation.

There are reasons for hope, asserted the speaker towards the end of his talk, since serious research undertaken including by Orthodox women has brought to the fore the truth. More importantly, recent developments, such as the 2016 edited collection of chapters dedicated to women’s ordination in the Orthodox Church, show the maturation of the ecclesial consciousness. It seems that the church is ready to relinquish myth and to return to the truth when it comes to men and women in the Orthodox Church. The fact that this volume is supported by Orthodox hierarchs and theologians alike is very encouraging. What remains to be done, concluded the speaker, is to build on the foundations of the truth by launching new initiatives meant to bring together Orthodox women, leading to a mature conversation within the church in its entirety.

Video recording of the talk

The talk was followed by a lively discussion, which focused on the inertia of the church in regard to habits unsupported by Scripture and Tradition; the consequent shyness of Orthodox women when it comes to discussing issues of gender discrimination in the church; roles that women could take in the ecclesial life, including in matters of leadership; steps to be taken towards awakening the conscience of Orthodox women in Australia, in the wake of similar developments elsewhere, especially in North America.

The slides that accompanied the talk