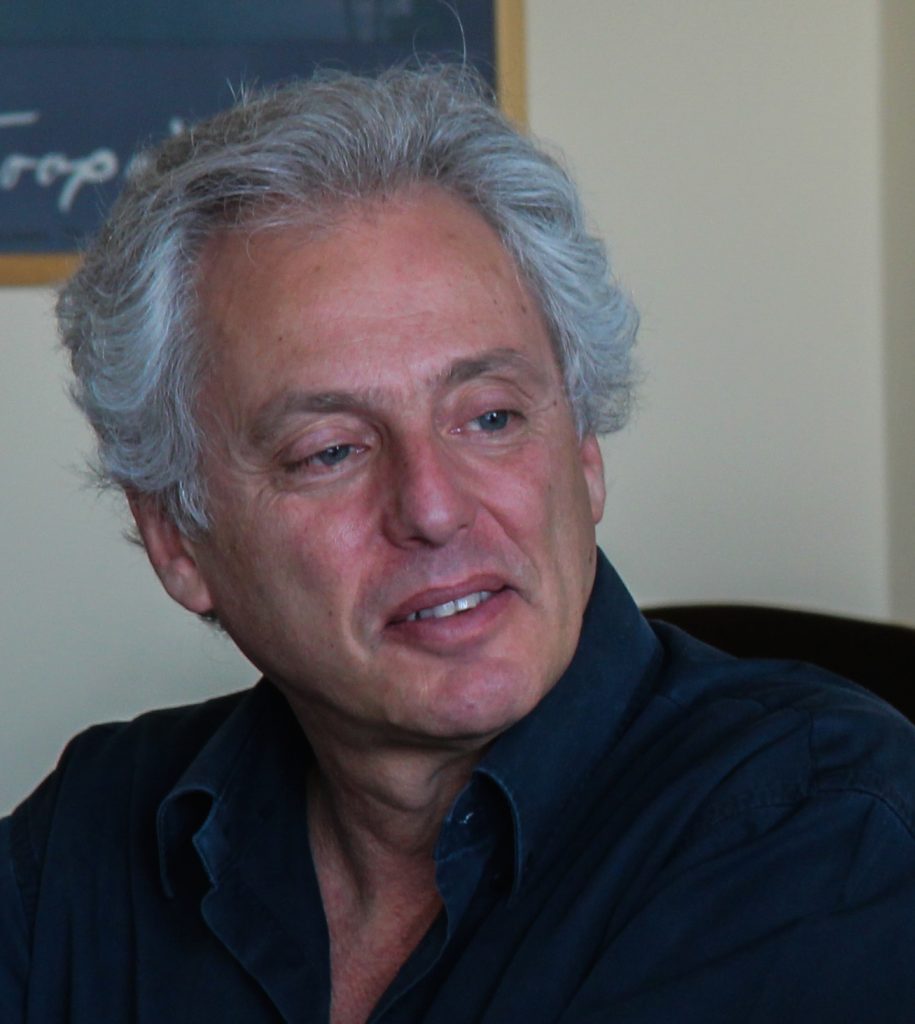 On the occasion of the first ISCAST – SOW round table “Science, Theology, and Orthodox Christianity” (7 December 2021), I have read the following short paper, which was preceded by the presentation of Prof. Vasilios Makrides (University of Erfurt and SOW) and followed by the talk of Very Rev. Assoc. Professor Doru Costache (ISCAST/SOW). Host of the event was Rev. Dr Chris Mulherin (ISCAST), while Prof. Peter Harrison, FAHA (University of Queensland) moderated the discussion.

During the early centuries of Christianity, discussions of nature focused almost exclusively on explaining the events associated with the six days of Creation described in the first chapter of Genesis. This interest resulted in a series of exegetical texts called Hexaemerons, that is, the six days during which God created the world and living things. These commentaries sought to explain what God had wanted to reveal to Moses, the supposed author of Genesis, about his creation.

The roots of the Hexaemeron tradition go back before the Christian era. The best-known non-Christian commentary on Genesis was written by Philo of Alexandria (ca 12 BCE – ca 54 CE) and called The Creation of the World according to Moses. It was the source of inspiration for later Christian texts, especially the Christian school of thought developed in Alexandria that tried to reconcile the Bible with Hellenic philosophy. Philo’s aim was to prove to the Greek philosophers that Moses’ text on Creation was compatible with scientific knowledge. As a neoplatonic, Philo explained Genesis in two steps: first God conceived the ideas of the natural and living things based on mathematics, and then created these things. Many Christian fathers such as Basil of Caesarea and Gregory of Nyssa followed Philo’s main idea that Genesis is compatible with Greek cosmology. So understood, Genesis depicts a spherical world, with a spherical Earth immobile at its centre. The world is composed of seven spheres bearing the planets. Above them, an eighth sphere bears the stars whose daily rotation causes the daily rotation of the whole sky, including the Sun. Day and night result from the celestial rotation.

Christian commentaries on the genesis of the world began with Origen, a Christian scholar who taught in Alexandria, where he produced a Commentary on Genesis, and then gave a series of Homilies on Genesis in Caesarea, in the 240s CE. Because of his posthumous characterisation as a “heretic,” future generations regarded his ideas with suspicion. Thus, the original Greek of his Homilies on Genesis was lost, as well as much of his Commentary on Genesis. Nevertheless, these writings influenced the next related ones, especially Basil’s.

The fourth century was crucial for the formulation of Christian dogma. It witnessed the first ecumenical synods, or councils, which normalised local religious practices and decided on the canonical interpretation of Scripture. During this century, Basil pronounced his Homilies on the Hexaemeron, written in 378, the exegetical text on Genesis that had the greatest dissemination in the Eastern Christian world and was the source of inspiration for most later exegetical texts, from both Eastern and Western Christendom. In writing this work, Basil’s goal was multiple. First, it was a matter of celebrating the world as God’s creation; second, he aimed to articulate a Christian worldview compatible with the views of his contemporary astronomers and natural philosophers; and third, he wished to fight pagan and Christian heretical ideas about the world. 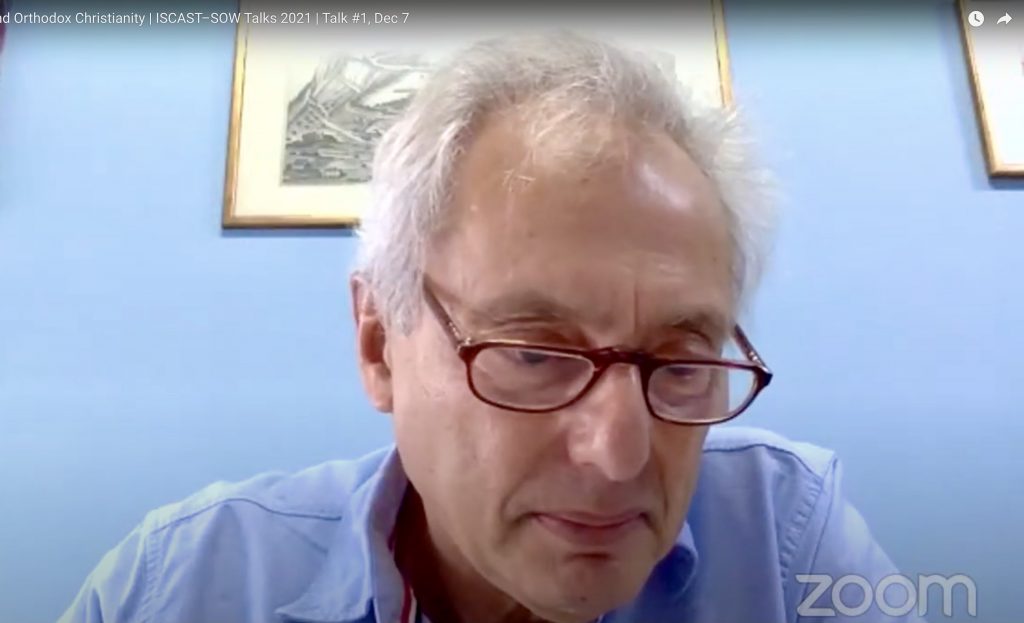 Basil’s cosmology was the one he was taught in Athens during his studies. But Scripture does not present such an image of the world. To succeed in his task, Basil often interprets Scripture in an allegorical way. For example, in order to explain the biblical phrase “I have established the pillars of the Earth,” he says that by pillars God means a power that sustains the earth, and he refers to Anaximander’s thesis that, for reasons of symmetry, the earth has no special reason to tip to one side rather than the other, as well as to Aristotle’s conviction that the natural place of heavy bodies is at the centre of the world. In turn, in order to explain the separation of the waters and especially the celestial waters, which do not correspond with Aristotle’s theory that one cannot find the element of water in the sky, Basil calls on the Stoic philosopher Poseidonius, who believed that fire consumes water. Thus, God created a reservoir of water above the sphere of the stars in order to provide, when necessary, water to the Earth, until the end times. In supposing so, Basil moved the frontier of the creation from the eight sphere of the stars to a ninth sphere above the celestial waters. For some later Orthodox astronomers, this higher sphere was compatible with Ptolemy’s theory that there was a ninth sphere that moved the world from west to east and was responsible for the slow rotation of the sky in that direction. To support the transcendent waters, the eighth sphere was not made of ether, as Aristotle thought, but of solid matter, for which reason it has been called firmament.

Basil also fought the pagans who did not believe in the Creation of the universe by God, as well as the Christian gnostics who believed in the eternity of matter. According to the later, God, who is good, acted on matter, previously formless and containing evil, to organise it and to create the world as we know it. Evil preexisted Creation, which would supply the explanation of the original sin. Basil notices that these ideas contradict the limitless power of God. In reaction, he expands on the importance of the creation ex nihilo. God created space, time, and matter instantly and out of nothing. Space, time, and matter do not exist without creation. Therefore, the question about when did God create the world is meaningless, as time does not exist outside it. But, for Basil, God is also in the created world: the original light is the divine radiance that comes into the universe from outside the creation.

Despite establishing the compatibility of Genesis with the Greek worldview, Basil’s Hexaemeron was attacked by pagan philosophers who still found contradictions with the contemporary philosophy of nature. For example, they criticised his idea of celestial waters because it did not agree with Aristotle’s theory that heavy bodies cannot be in the sky, and also his view of divine light in the creation.

In order to make even more compatible the cosmology of Scripture with ancient physics, a year later Basil’s brother Gregory of Nyssa wrote a commentary on his Hexaemeron. In this commentary, Gregory changes certain theories of his brother. For Gregory, the celestial waters are not real, they are  spiritual waters In his words, “But this so-called water cannot be seen, neither does it flow, nor is it contained in receptacles, where liquids are naturally kept.” Without real celestial waters to be supported, the sphere of the stars was not made of solid matter, as Basil thought, thus compatibility with Aristotle’s physics was secured. As for the light, Gregory goes back to Plato’s theory that light is the element fire. The Sun and all the celestial bodies are made of it, and the brighter they are, the more this element is pure.

Basil and even more so Gregory tried to explain the scriptural worldview using their own ideas based on the cosmology of Greek philosophers. Three centuries later, in the middle of the seventh century, when Christianity was no longer challenged within the Byzantine empire, a Christian philosopher from Alexandria, John Philoponus, wrote another Hexaemeron. Follower of the neoplatonic school, Philoponus, obviously influenced by Basil and Gregory, goes back to Philo’s view that God conceived first the ideas of things and only after created them. In order to assert the compatibility between the Christian faith and ancient Greek philosophy, Philoponus writes a chapter titled “Plato and Hipparchus had read the Bible.” There he asserts that, as the Bible is a very old book, Plato (fourth century BCE) and the astronomer Hipparchos (third century BCE) had read it. Thus, Plato’s philosophy and Hipparchos’ astronomy are valid for Christians given that these two wise men have been inspired by the word of God. This idea must have influenced later Byzantine scholars. Indeed, contrary to Western Christianity, ancient Greek science has never ceased to be taught during the Byzantine period. No wonder in the late Byzantine era Greek astronomy and cosmology continued to be taught even at the school of the Patriarchate.

I will conclude my overview of Christian Greek commentaries on Genesis by briefly mentioning contrary views, of authors who fought Greek cosmology and supported the idea of a flat Earth flowing on the waters. John Chrysostom, one of the most influential Greek fathers (end of the fourth century), in his Homilies on Genesis denies the idea of a spherical cosmos. Similarly, a Christian traveler contemporary to Philoponus, Cosmas Indicopleustes, in his Christian Topography describes a cosmos having the shape of a Temple with a flat Earth and a flat sky, where behind all natural phenomena can be discerned angelic activities. But it is noteworthy that the ideas of Chrysostom and Cosmas were not adopted by Orthodox scholars during the Byzantine period. Basil’s Hexaemeron, with its robust engagement of the sciences, remained the normative text for the Orthodox Christian worldview.

Dr Efthymios Nicolaidis is the Research Director of the Institute of Historical Research of the National Hellenic Research Foundation, Athens, and Director of Science and Orthodoxy around the World/SOW project.