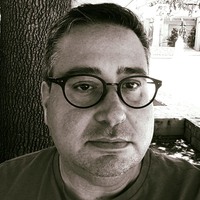 A conversation with Dr Nikos Livanos, researcher at Institute of Historical Research/IHR of the National Hellenic Research Foundation/NHRF, Athens. Nikos is a Byzantinist trained in medieval and modern Greek philology (National and Kapodistrian University of Athens, 2006), history, archaeology, and social anthropology (University of Thessaly, 2011). He earned his doctorate in history, archaeology, and social anthropology from the University of Thessaly in 2020. His interests include the history of Orthodox monasticism, especially at Mount Athos, and the representation of sacred space in Byzantine and post-Byzantine narratives, legends, hagiographical texts and archival sources. In preparation of his doctoral thesis on sacred space, Nikos published a number of related studies, which can be accessed via his academia.edu profile.

As Nikos tells us, he discovered a taste for science and religion during project NARSES: Nature and Religion in South Eastern European Space, which run at IHR/NHRF from 2012 to 2015 under the leadership of Dr Efthymios Nicolaidis, Research Director of IFR.  The project aimed to map the relationship between the available sciences and religion from the fourth to the twentieth century AD in Southeastern Europe and East Mediterranean. It focused on areas where Eastern Christianity was, depending on the period, the dominant or at least important religious tradition. The findings of that research were overwhelming: throughout the early Christian centuries and in the middle ages, Orthodox Christians were open, though not uncritically, to the scientific culture of their times.

The next logical step for the team of Dr Nicolaidis was to explore the situation of contemporary Orthodox Christianity, which occurred, and still does, through project Science and Orthodoxy around the World/SOW. The project unfolded in two phases, from 2016 to 2019, and from 2020 to 2023. The first phase considered the vast array of Orthodox stances on the scientific culture of our age, stances that differ significantly from one place to another, especially when the researchers consider the cradle countries of Orthodox Christianity, in Southeastern Europe and in the Near East, in contrast with the large Orthodox communities currently present in Western Europe, the Americas, Africa, and Australia. It is this wide spectrum of views that makes contemporary Orthodox Christianity a worthwhile case study, too long ignored by the Western scholars of science and religion.

The first phase of Project SOW gathered researchers from a range of areas of expertise, from scientists to historians and from philosophers to theologians. During that phase, three international conferences where held in Athens, as well as many workshops and lectures in various other locations, including Sydney, Australia. And while this phase came to a close, while volumes of proceedings are still in the making, it has already produced the first science and Orthodoxy library in the world, called Data Space, and continues to reach out to the grassroots by way of summer schools. In turn, the second phase operates by way of eight expert groups that aim to study the Orthodox views of areas such as cosmology, consciousness, physics, environment, psychology, bioethics etc.

Nikos then shares with us his hope that these activities will generate a renewed interest in bridging science and faith, especially from the bottom up, from the grassroots and the parish level to church leadership and Orthodox academia.