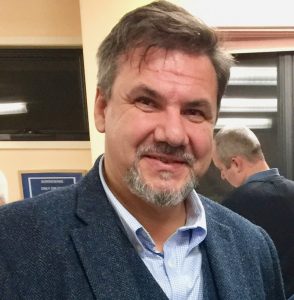 The project of an involved Christianity, which, according to Letter to Diognetus 6, corresponds to the workings of the soul within a body, is undermined primarily from within by the wrong reasons that motivate our actions. We, Christians, cannot be the soul of the world when we barricade ourselves in the ivory tower of self-righteousness, contempt, and complacency. There are good ways in which we can abstract ourselves from the world, for higher, creative purposes, as well as wrong ways, when our withdrawal is sterile or even destructive. Talking about wrong reasons behind embracing isolation, Saint John Climacus stressed that “the person who renounces the world out of fear is like burning incense, which begins with fragrance but ends in smoke” (The Ladder of Divine Ascent 1.13). Fear is a terrible enemy, indeed. And the worst of all fears is that which stems from ignorance and confusion. In his essay, ‘Supernatural Horror in Literature,’ H. P. Lovecraft has famously pointed out that “the oldest and strongest emotion of mankind is fear, and the oldest and strongest kind of fear is fear of the unknown” (At the Mountains of Madness, the definitive edition (New York: The Modern Library, 2005) 209). It is this fear which stems from ignorance, fear of the unknown, that prompts many contemporary Christians to sit on the fence, judge, and condemn the world, rather than become participants. But, as the same saintly teacher, John Climacus, exhorted, “let us charge into the good fight with joy and love without fear” (The Ladder of Divine Ascent 1.22). The above notes are equally valid, dare I say, for the diehard secularist critics of Christianity, who despise our helping hand and refuse our very existence because they ignore who we really are. Not knowing us, taking us for someone else, they cannot avoid fear and confusion. From this viewpoint, what I am about to say can benefit both Christians and their opponents.

Within this context, to escape fear does not require only to boldly take one’s chances, to grow imprudent and trust blindly. It requires, above all, awareness and clarification. Regarding their uneasiness towards and rejection of the current scientific culture, what keeps many Christians in the bondage of fear and confusion is their ignorance. Ignorance leads to confusion, confusion to fear, fear to isolation. It is in this fashion that Christians cease from contributing to this world and so betray the mandate of their Lord and Teacher to go and preach the good news to all people. It is in a similar fashion that secularists reject Christianity and ignore its positive contribution to the world, causing a fracture within, and an imbalance to, our whole culture. In what follows I propose a way out of the rift caused by fear, confusion, and ignorance between Christians and their critics, namely, the warfare of creationism and evolutionism. As it happens, not knowing better, in fact ignoring their own tradition, many Christians are convinced that their task is to uphold creationism, in whose name all things scientific should be discarded as useless and blasphemous. Likewise, not knowing better, in fact ignoring the scientific principles which supposedly guide them, critics reject Christianity as anachronistic and useless, being convinced that their task is to uphold evolutionism. I focus on this conflictual situation because of its emblematic character. Indeed, this conflict is the clearest illustration of the chronic fear and confusion that paralyse our culture. Here is how I propose that this obstacle be overcome, through discernment, awareness, and clarification.

Against the confused views of our time, creation and creationism are not the same. Similarly, evolution and evolutionism are not the same. Christian and secularist fundamentalists alike seem unable to discern what truly belongs to them. Christians do not believe in creationism; they believe in creation. Scientists do not believe in evolutionism; they believe in evolution. I hope that you will not rush to accuse me of complicating the situation with semantics! Let me explain.

The Christian doctrine of creation constitutes a theological representation of reality, a conditioned depiction of the universe which seeks to answer a major concern, namely, who has created everything and is the origin of all that is. This question hides in plain sight in the Scriptures, where from the very first line we are not told about how the universe was made, but about who made it. As we read, “in the beginning God made the sky and the earth” (Genesis 1:1). The same view is iterated by the New Testament paraphrase of this verse: “in the beginning was the Word and the Word was towards God, and the Word was God. He was in the beginning towards God. All things were made by him, and no thing was made without him” (John 1:1-3). The same is stated in the first article of the Creed: “I believe in one God, Father Almighty, maker of heaven and earth, of all things visible and invisible.” The Christian doctrine of creation is about who the creator is, not about how things have been and are made. In turn, creationism is a supernaturalist ideology which unscripturally, untraditionally, and untheologically concerns itself with how things have been and are made. The customary creationist answer to the question how things have been and are made is that God made and makes everything by the greatness of his power, regardless of the natural potential of the created universe. Interestingly, creationism’s concern corresponds to the evolutionist question. Evolutionism is a naturalist ideology concerned with how things came to be and still do, the explanation provided referring to the natural potential of the universe and life, regardless of the divine energy which permeates everything. But, as much as creationism differs from the doctrine of creation, so much does evolutionism differ from the theory of evolution. The latter is a scientific description of reality concerned with what happened in the past and what unfolds in the present concerning the universe and everything within it, including life. Evolution means movement and change, a natural phenomenon which does not require the naturalist dogma of evolutionism.

One notices that there is a perfect accord between creationism and evolutionism as killers of existence’s mystery. Indeed, they both are reductionist ideologies interested in pinpointing the exact factors which led to the emergence of the universe and everything within it, including life. This common ground does not warrant, however, common outcomes. Because of their adherence to opposite standpoints, respectively naturalism and supernaturalism, evolutionism and creationism reach antagonistic results. This makes their bridging impossible. It is nevertheless noteworthy that, alongside the concerns that unite them and the standpoints which separate them, creationism and evolutionism are offsprings of the same dichotomist mentality inherent to Western culture, which traditionally separates nature and grace, heaven and earth, soul and body. Christologically translated, creationist supernaturalism and evolutionist naturalism illustrate the logic of either/or, representing two different forms of monoenergetism (one energy or activity). Specifically, creationism emphasises supernatural energy to the detriment of the natural one, whereas evolutionism emphasises natural energy and ignores the supernatural one. The two positions can be reconciled only if both renounce the logic of either/or, embracing the logic of the included middle illustrated by canonical christology, which promotes the synergy of divine and human powers, the convergence of natural and supernatural energies. By the way, Orthodox christology has never agreed with monoenergetism. The faith of the Orthodox should never agree, therefore, with either creationism’s supernaturalism or evolutionism’s naturalism.

Keeping in mind the above, it seems to me that, although they must fight evolutionism and its reductionist explanation of phenomena, Christians have no reason to fear the scientific theory of evolution. Likewise, the diehard critics of Christianity have nothing to fear about the doctrine of creation, although they must fight creationism and its supernaturalist reductionism. Truth, the terra lucida, the luminous land of awareness and clarity, is where the mists of confusion are dispersed. Truth liberates all from the bondage of fear, confusion, and ignorance. Liberated through knowledge—will the two parties consider one another more amicably?