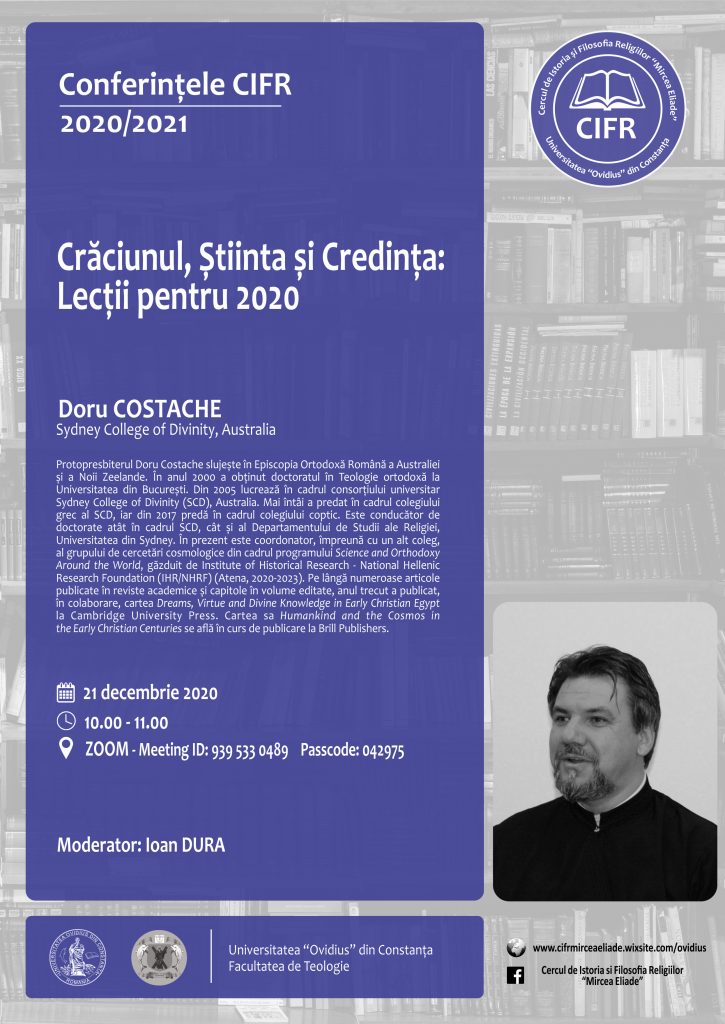 At the invitation of the Revd Professor Ioan Dură, Doru Costache presented in Romanian the talk “Crăciunul, Știința și Credința: Lecții pentru 2020” (Christmas, Science, and Faith: Lessons for 2020). The talk was given via Zoom as part of a series of lectures, Conferințele CIFR 2020/2021, an ongoing workshop at “Ovidius” University of Constanța, Romania.

The talk was given in front of a mixed audience, from undergraduate and postgraduate students to clergy and academics. In his talk, Costache considered the interdisciplinary structure of Christmas, as celebrated in the Orthodox Christian tradition, in which can be discerned historical, theological, cultural, scientific, and artistic elements. As the festival of Christmas is still celebrated, it illustrates pastoral and missionary concerns which escape most believers, but which convey the profound wisdom of the tradition. Against the backdrop of several scholarly sources on the Christmas star, he undertook to map the various elements discernible in the festival. These elements point to wisdom, not to a simple and blind faith. Accordingly, and asserting his conviction that contemporary Orthodox have a superficial understanding of their own tradition, he drew lessons from the festival for the 2020 pandemic, especially in regard to the manner in which various faith communities, including Orthodox, have responded to the crisis.