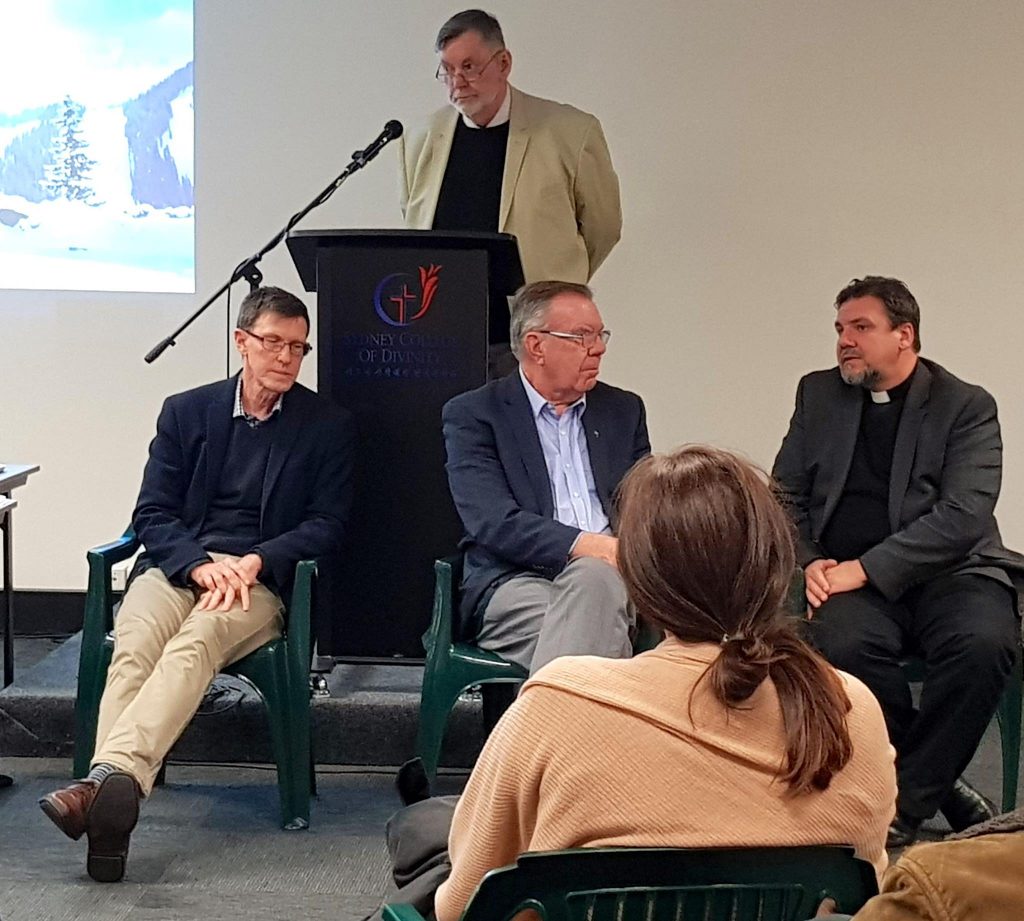 30 June 2017 The Australian Institute for Orthodox Christian Studies hosted the seminar Relating Science & Religion, organised by Doru Costache on behalf of the project Science and Orthodoxy around the World (National Hellenic Research Foundation, Athens). The event was held at the Sydney College of Divinity, being hosted by Professor James Harrison (SCD’s Director for Research).

Abstract: It is often thought that modern science developed largely independently of, or even in opposition to, religion. Some historians, however, have suggested that religious factors played a key role in the emergence of modern science in the seventeenth century, and were important in establishing a permanent and prominent place for scientific activity at the heart of modern Western culture. This lecture explores a number of ways in which religion may have had a positive impact on the emergence and consolidation of modern science, paying particular attention to the values needed to establish its social and intellectual legitimacy.

Peter Harrison is an Australian Laureate Fellow and Director of the Institute for Advanced Studies in the Humanities at the University of Queensland. Prior to taking up his present post at UQ he was the Andreas Idreos Professor of Science and Religion, and Director of the Ian Ramsey Centre at the University of Oxford. He is the author of over 100 articles and chapters. His six books include The Bible, Protestantism and the Rise of Natural Science (Cambridge, 1998) and, most recently, The Territories of Science and Religion (Chicago, 2015), based on his 2011 prestigious Gifford Lectures.

Abstract: Theology after Darwin has to deal with the costs of evolution. Evolutionary science makes it clear that predation, competition for survival, pain, death and extinctions are built into the 3.8 billion year history of life on Earth. This pushes theology to deeper reflection on divine action, on the relationship between the transcendent God and what Paul calls the “groaning” of creation (Rom 8:22). Part of a theological response to this issue is to affirm the compassionate presence of God to suffering creation. It is sometimes supposed that a high view of God’s transcendence is opposed to the idea of a God who is radically present to creatures in self-giving love. I will propose that two of the great figures of Christian theology, Irenaeus and Athanasius, represent a tradition in which the true nature of divine transcendence finds expression in divine self-humbling love. For both of them this love has a down-to-Earth character. It is the love revealed in the cross of Jesus. And it is this same love that characterises the divine act of creation.

Denis Edwards is a professorial fellow in theology at Australian Catholic University, Adelaide campus, and is a priest of the Roman Catholic Archdiocese of Adelaide. He is a member of the ACU Institute for Religion and Critical Inquiry, and is a fellow of the International Society for Science and Religion. Recent books include Ecology at the Heart of Faith; How God Acts: Creation, Redemption, and Special Divine Action; Jesus and the Natural World; and Partaking of God: Trinity, Evolution and Ecology.

Doru Costache
‘The Kenotic God, the Principle of Synergy, and the Evolutionary Universe’

Abstract: Certain early Christian theologians, such as Athanasius, the Cappadocians, Nemesius, and Maximus, have advanced interesting views on the function of movement and change within the created universe. By and large, their views anticipate the contemporary evolutionary paradigm, but with a twist: they are theologically articulated. Such contributions are lost on most modern Orthodox however, who believe in a static world, perfect from the outset, so created by the omnipotent God. They seek proofs for their convictions within the ecclesial tradition, happily selecting only those passages which praise the perfection of God’s creation. In its complexity, the ecclesial tradition offers a very different worldview, which I present in contemporary idiom. Here are its outlines. God has created the universe out of nothing through the Logos, endowing it with a potential for perfection. Conditioned by the divine parameters, called principles or rational patterns, the universe’s perfection is neither a past reality nor a current one; it is work in project, a goal to be achieved eschatologically. That future perfection and the present form of the cosmos result from an ongoing interaction between the divine and cosmic energies. The evolutionary movement of the universe manifests that fundamental interaction. The engine of the universe’s motion is therefore the principle of synergy, which attests to a God who, albeit omnipotent, is also kenotic, humbly and patiently working through the natural development of the creation.

Dr Doru Costache is a protopresbyter of the Romanian Orthodox Diocese of Australia and New Zealand. Founder of The Australian Institute for Orthodox Christian Studies. Senior lecturer in patristic studies at St Cyril’s Coptic Orthodox Theological College, a member institution of the Sydney College of Divinity. Honorary associate of the Department of Studies in Religion, the University of Sydney. Forthcoming books: Early Christian Worldviews (sole author) and Dreams, Virtue and Divine Knowledge in Early Christian Egypt (co-author). 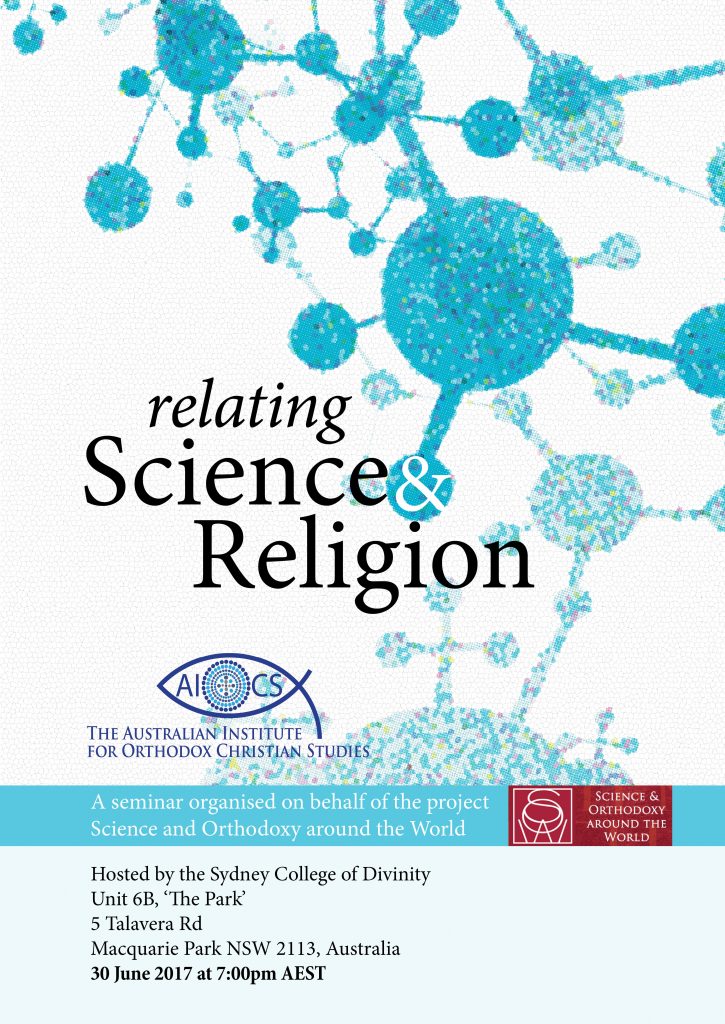 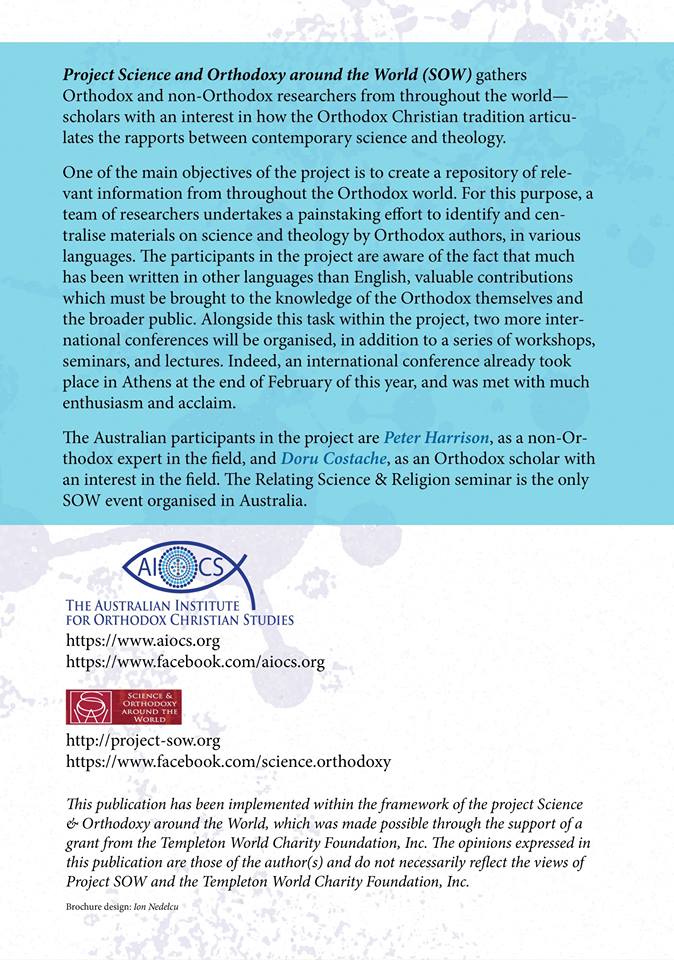 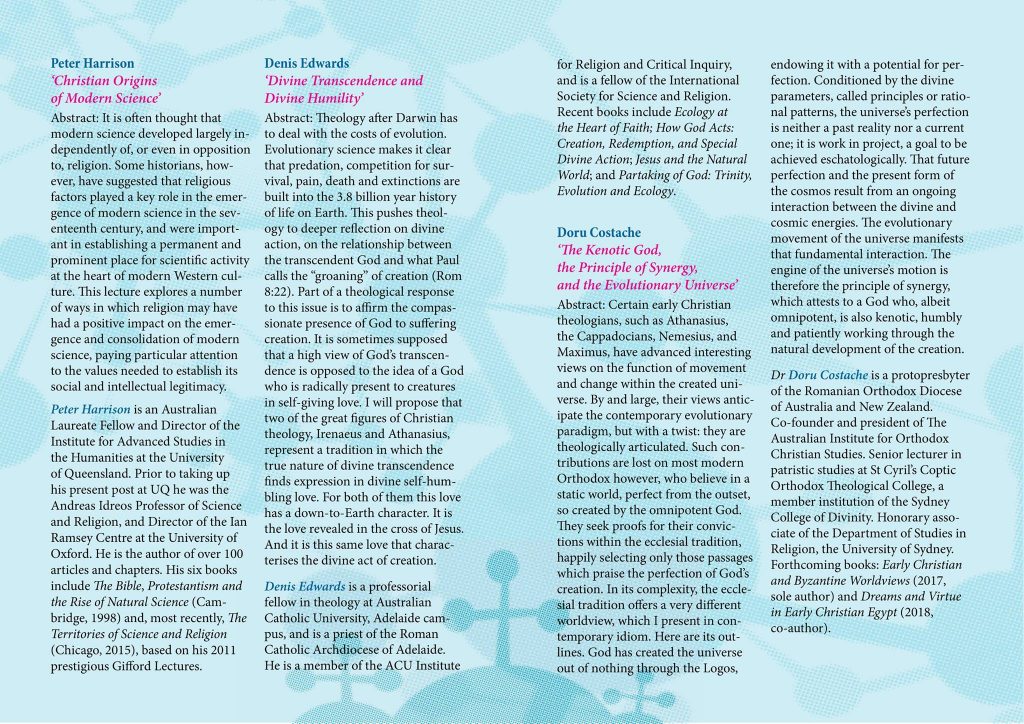