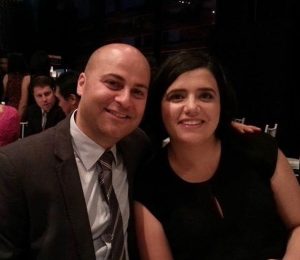 The participation of Orthodox churches in the World Council of Churches (WCC) provided women with the opportunity to explore the role of women in the Orthodox Church. In 1976, with support from the WCC, the first Orthodox women’s consultation took place in Agapia Monastery, Romania. It was one of a series of consultations and inter-Christian meetings that later coincided with the Ecumenical Decade — Churches in Solidarity with Women (1988-1998). Details can be found in Leonie Liveris’ Ancient Taboos and Gender Prejudice: Challenges for Women in the Orthodox Church (Hampshire, Ashgate, 2005), 2. The consultations brought together women, clergy, and theologians, from across all jurisdictions, to discuss and reflect upon women’s vocation and ministry in the Orthodox Church. Documents from the meetings explored the current roles of women in the Church and recognised that women’s gifts and work were not always validated. Orthodox women’s involvement in the ecumenical movement compelled delegates and participants to formally articulate answers pertaining to the role of women in Church and society, and encouraged scholars to publish on these matters.

A landmark moment was in 1988, with the establishment of an inter-Orthodox consultation organised by the Ecumenical Patriarchate in Rhodes to discuss the issue of the ordination of women in the Orthodox Church; a matter that had caused tension among delegates. For the first time in the Orthodox Church, debate on the issue was opened, and it was recognised that the question was not only coming from outside the Church, but that Orthodox women inside the Church were hardly grappling with the issue. Following the first consultation in Rhodes, significant scholarly contributions on the topic were published, including Elisabeth Behr-Sigel and Kallistos Ware’s book, The Ordination of Women in the Orthodox Church. Other publications ensued, for example in Romanian, which were never made available for the English-speaking world. Just recently we saw published Women and Ordination in the Orthodox Church, a volume consisting of a series of essays and talks presented by Orthodox, Catholic, and Protestant scholars at a conference held in Oxford by the Women’s Ministry Initiative in 2018. Orthodox women and theologians continue to be actively involved in assemblies held by the WCC, and more recent Orthodox consultations have concentrated on the issue of the rejuvenation of the female diaconate. 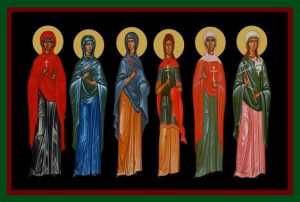 Australian historian and academic Dr Leonie Liveris was a participant in several WCC consultations, and has written extensively on developments in the study and theology of women ministries in the Orthodox Church. She emphasises that the ecumenical movement provided Orthodox women with the opportunity for wider service, especially where there was no place for their work and leadership within the Orthodox community. Her own personal experience as a convert in the Greek Orthodox Church in Australia made her wonder about the involvement of women in the Church. She could not find any answers in the ‘Old World’ culture of her local ethnic parish community. Participation in the ecumenical movement helped Liveris explore deeper theological questions about her Orthodox faith and discover a community of people with whom she could share her experiences and questions. Her research is a bold analysis of the Orthodox traditions, taboos, teachings, and practices that continue to discriminate against women. She argues that the findings of the international consultations have resulted in little meaningful change for Orthodox women on a local parish level. Moreover, she concludes that women’s voices continue to be silenced by a militant conservatism within the church and an absence of female participation in the decision-making structures (Leonie Liveris, ‘Women, Leadership and the Orthodox Church in Australia: Always Second, Secondary and Seconded’, Studies in World Christianity 13:1 (2007), 30). In her ‘Orthodox Ecclesiology: A Sacred Dignity Afforded by Our Royal Priesthood’ (in Women’s Voices and Visions of the Church: Reflections of Orthodox Women, ed. Christina Breaban, Sophie Deicha, Eleni Kasselouri-Hatzivassiliadi (Geneva: WCC Publications, 2006), 95), Liveris poses the following important questions:

Can it be too bold, too modern that Orthodox Ecclesiology might begin to reexamine and renew many aspects of Church life that do adversely affect women? Can there not be a new alignment of hierarchy, of including women in decision-making in order to meet the new needs of this century, acknowledging many women of faith are competent, qualified, educated and immensely committed to their Orthodox Church? Can not the experiences of women and their knowledge of contemporary society and family better inform the Church hierarchy?

For Orthodox women deeply committed to their church, ecumenical consultations continue to provide an avenue to search for answers to these questions and share experiences with their Christian sisters from other traditions. Paul Murray (‘Families of Receptive Theological Learning: Scriptural Reasoning, Comparative Theology, and Receptive Ecumenism’ Modern Theology 29:4 (2013), 78) employed the term ‘receptive ecumenism’, an approach which asks participants to dialogue by reflecting on what they might fruitfully have to learn from other traditions in relation to tangible difficulties within their own tradition. The involvement of Orthodox women in the ecumenical dialogue has embodied this approach by encouraging Orthodox women to reflect critically on adverse practices and teachings that impact on their involvement in the life of the Church, and search for answers within their own tradition and beyond.

Mrs Monica Ibrahim is a solicitor practising family law and a sessional lecturer in the School of Law, Western University Sydney. An Orthodox laywoman, she studies pastoral theology at the Catholic Institute of Sydney. She supports the revival of the female diaconate in the Orthodox Church and worships at St Gregory’s Orthodox Mission in Mona Vale NSW.