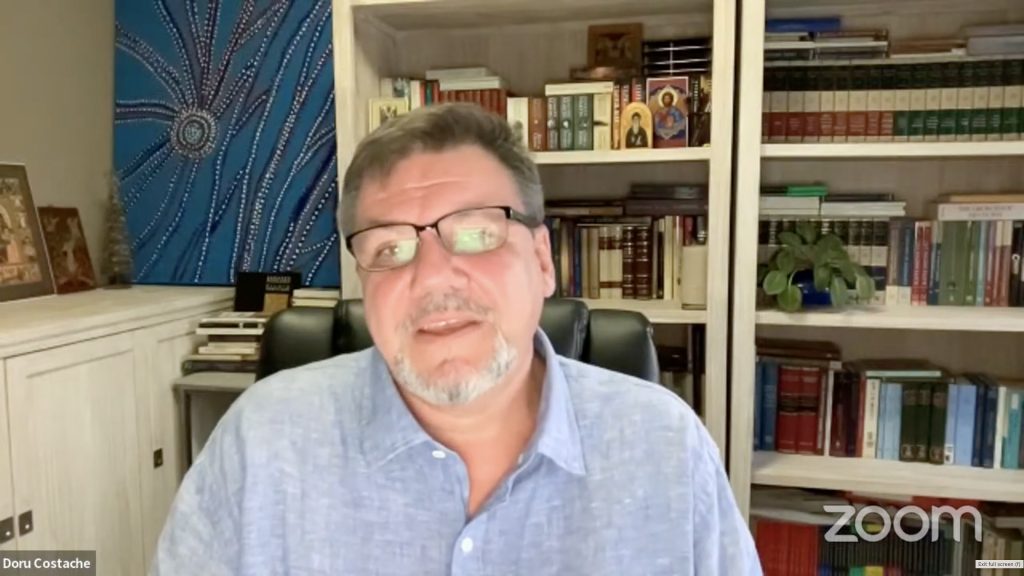 Doru Costache published the book chapter “One Description, Multiple Interpretations: Suggesting a Way Out of the Current Impasse,” on matters pertaining to faith and science. The chapter is the outcome of his paper presented for the second international conference of project Science and Orthodoxy around the World/SOW (Athens, 9 and 10 February 2018). The first phase of project SOW had run from 2017 to 2019 at the Institute of Historical Research of the National Hellenic Research Foundation, Athens.

The chapter can be found in the second volume of the Science and Orthodox Christianity series, Orthodox Christianity and Modern Sciences: Theological, Philosophical, Scientific and Historical Aspects of the Dialogue, edited by Christopher C. Knight and Alexei V. Nesteruk. The volume was produced by Brepols Publishers, 2021.

The text of the chapter can be freely accessed here

Contemporary science offers the only rigorous description of reality. This judgment remains valid despite the concurrent scientific explanations of certain phenomena and the inevitable advancement of the sciences. In this light, the ancient computation of the age of the cosmos to roughly eight thousand years is not an acceptable description of reality. Neither are geocentric cosmography and the flat earth geography. Nor is the old calendar. However, such anachronisms still linger in certain milieus within Orthodoxy, against the backdrop of an opposition to the current representation of reality. The impact of anachronism is double. On the one hand, there is dissension among the Orthodox. Indeed, in contrast with the anachronism cultivated by certain quarters, most Orthodox neither follow the old calendar nor believe in a recently made universe which revolves around a flat earth. On the other hand, the Orthodox worldview is ridiculed by the scientific community. But is there anything noteworthy in the criticisms levelled by the anachronistic milieus at the current scientific representation of reality? I believe that what determines their opposition to contemporary science is not the description itself, but the fact that this description is ideologically fraught—lending substance to agnostic, atheistic, naturalistic, and materialistic agendas. Drawing from a patristic example and several modern Orthodox scholars, I propose that the difference between description and interpretation must be observed, and, consequently, that multiple interpretations of the one scientific description of reality are allowed. Illustrating the convictions of certain groups, the agnostic, atheistic, naturalistic, and materialistic ideologies amount to biased interpretations of science. As such, they cannot monopolise science and all sides should agree that, being pertinent to other groups, theological interpretations of the same science must be likewise permitted. Should the contemporary scientific narrative cease promoting agnosticism, atheism, naturalism, and materialism, allowing instead for a variety of interpretations, including theological, the current description of reality could become readily acceptable to all, including the reluctant Orthodox quarters.