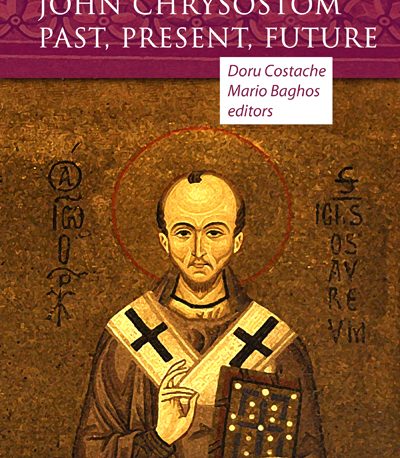 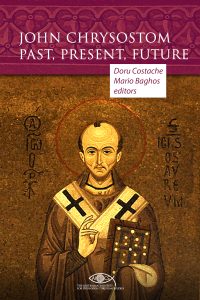 This book comprises chapters by a group of eight scholars from Australia and two from abroad, aiming to offer fresh, interdenominational, and interdisciplinary perspectives on the life, thought, and legacy of one of the most influential preachers and theologians of early Christianity, John Chrysostom. The contributors to this volume utilise a range of methodologies pertaining to the fields of theology, history, hermeneutics, spirituality, hagiography, pastoral studies, and linguistics.

The publication of this book was made possible by a grant from Australian Research Theology Foundation Inc. The book is available in hardcopy and as a PDF file. A review of the volume in Journal of Religious History, by Carole Cusack.

Chapter Ten The King, the Palace, and the Kingdom: Anthropic Thinking in Gregory of Nyssa, John Chrysostom, and Other Witnesses (Doru Costache) 235

Information about the authors 273

“This comprehensive and illuminating collection reintroduces us to the ‘Golden-mouthed’ orator who both enthralled and enraged Constantinople in the late fourth and early fifth century of our era. The editors have gathered many of the papers of the Australian and international scholars who presented at the St Andrew’s Patristic Symposium of 2016 (Sydney). The splendidly broad range of interpretations demonstrates the breadth and depth of Chrysostom himself and of his ongoing (and hopefully) future influence.”— Professor Alanna Nobbs, Department of Ancient History, Macquarie University.

“A wonderful collection. John Chrysostom has truly come into his own for today. His career and huge volume of works amount to a rich mine for ongoing research, with this book’s very intelligent assessments hopefully inspiring still more. Many important implications of his opus for different fields of studies have been covered here, the whole published result being rounded and balanced. We discover new principles and fascinating details for understanding Chrysostom as bishop, rhetor and educator, theologian and ecumenist, moralist and ascetic, as well as prophetic activist and victim in Byzantine politics.”— Emeritus Professor Garry Trompf, Department of Studies in Religion, The University of Sydney.

“This collection brings together not only fresh insights from established Chrysostom experts, but also from an international cast of patristic scholars drawn from across the Eastern and Western churches, each of whom brings a different ecclesial and disciplinary lens through which to examine Chrysostom, his writings, and his enduring legacy. This first volume published by AIOCS will prove an invaluable resource not only for scholars, but also for students and teachers in the churches and in the academy, as they seek a deeper understanding of both Chrysostom’s work and the faith which he proclaimed in word and deed.”— Dr Bernard Doherty, St Mark’s National Theological Centre, Charles Sturt University.

Buy this book as PDF!

Buy a hardcopy of this book!