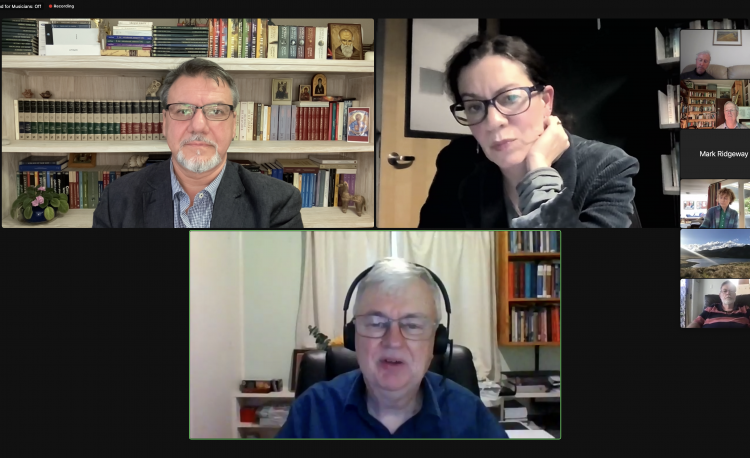 On 28 October 2022, AIOCS’ Founding Director, Doru Costache, gave a talk, “Human Flourishing Through the Contemplation of Nature in the Age of Science,” for the seminar series of Sydney College of Divinity’s Theology Research Network in conjunction with ISCAST (the Institute for the Study of Christianity in an Age of Science and Technology), Religiously Human in a Techno-Scientific World.

The talk addresses the “predicament of the self” in the age of science, with the impact of modern cosmology pivotal for the process that led to the exclusion of the self from the contemporary horizon. Guided by Walker Percy’s ludic tackling of the matter, Costache moves from Blaise Pascal and Stephen Weinberg to John Barrow and Paul Davies to Roger Penrose and Henry Stapp in his effort to map what seems to be a door cracked for the return of the self from its modern exile. His assertions are backed up by the insights of Geraint Lewis into the little extent of our knowledge of the universe, as well as by Marcello La Matina’s semiotic proposal in regard to bridging the subjects and the objects of knowledge. The talk then turns to patristic witnesses of the spiritual discipline of nature contemplation, Athanasius and Clement of Alexandria, introduced by the wisdom of Paul Blowers regarding the hermeneutical aspect of this discipline. The talk ends by drawing attention to contemporary scholars interested in nature contemplation, Tom McLeish, Bruce Foltz, and Lisa Sideris, whose work heralds a new Copernican turn for the self, which might cause the contemplatives to flourish even in this age of science and technology.

The seminar was chaired by Professor Neil Ormerod, with Professor Lisa Sideris responding. 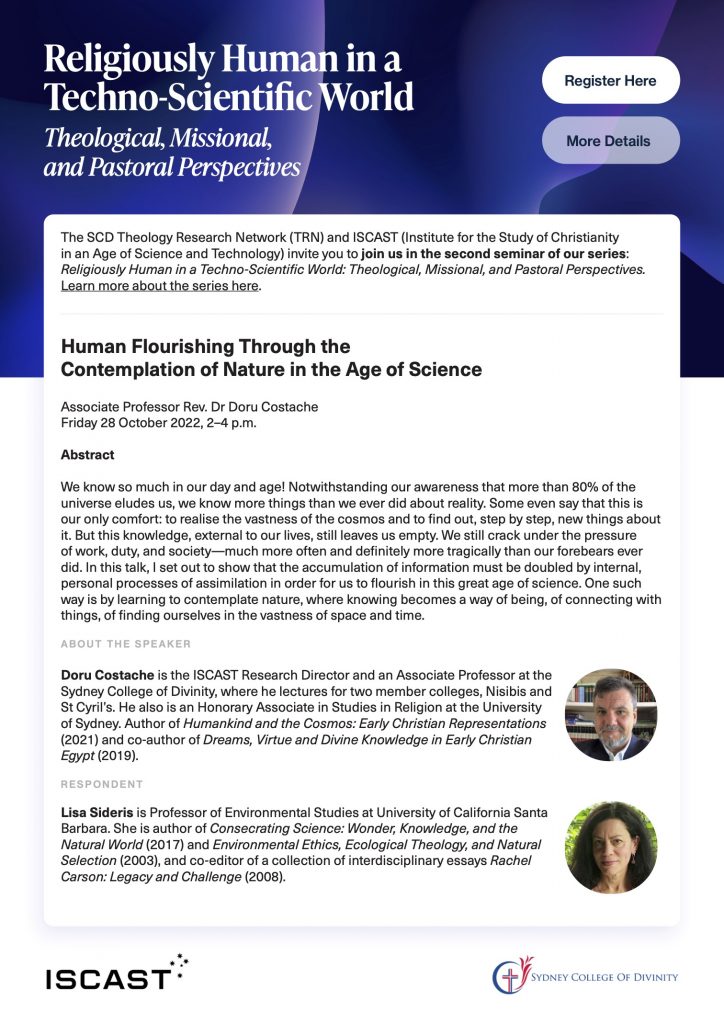