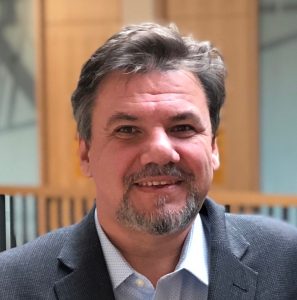 I continue my analysis by addressing in more detail the misunderstandings mentioned in the previous two parts, regarding how to commune in the Orthodox Church. The misunderstandings to which I turn in what follows draw on the assumption that contemporary believers are no longer as “worthy” as the early Christians. This idealisation of the past betrays lack of historical awareness. After all, righteous and sinners have always been present in the Church, for which reason very early on theologians wrote in praise of the virtues and against sin. Against this backdrop, many voices claim that lay believers should not commune at every liturgy. But here are the two main misunderstandings, which, in the light of my previous analyses, prove to be untraditional.

The first view is that lay believers should commune only rarely, during the four fasting times of the year and in emergency situations. There are no Church canons to support this view. In turn, certain modern prayer books recommend a minimum of four confessions and communions every year, in relation to the four fasts. This minimal requirement is in fact positive, reminding all Orthodox believers that they should not keep away from the holy mysteries, or sacraments, and that communing once or twice a year is insufficient. To an extent, the same requirement is also useful because many bishops and priests ignore the true sense of the divine liturgy. Generally, they wrongly believe that they “make” the liturgy—by virtue of a twisted understanding of the gifts ordination bestows upon them—without God’s people’s participation. In tune with this conviction, they believe that only they, clergymen, are entitled to commune at every liturgy, whereas the “unworthy” lay believers should be kept away from communing. In reality, the divine liturgy is an ecclesial event, to which the entire congregation contribute and an occasion when the entire congregation should commune.

We already know that, according to the canons, the lay believers who do not commune for three weeks in a row are already excommunicated; indeed, this word of Latin origin, “excommunication,” means to be deprived of holy communion, thus to be excluded from the fellowship of the saints. And, while knowing that no person is without sin (see 1 John 1:8), we must understand that neither all lay believers are “unworthy” sinners nor all clergymen are “worthy” saints—this writer being the worst of all. We have seen in the previous parts of this analysis that it is not because we are ordained and “worthy” that we are called to commune at every liturgy. Total ban from communion, for shorter or longer times, is put in place only for unrepentant heretics and great sinners. But this total ban, or excommunication, is the exception, not the rule, and it has no relevance for the ecclesial necessity of having the congregation commune at every liturgy.

The second view is that lay believers can commune more often than four times a year, every fortieth day or so, whereas monastics can commune every thirtieth day. This discrimination between lay believers and monastics is as untraditional and anticanonical as the discrimination between ordained and not ordained believers. Nowhere within the Church’s tradition can be found such a provision.

It actually is difficult to understand what is the rationale of communing every fortieth or every thirtieth day. Has anyone established a due date for holy communion? Does its “freshness” keep for thirty or forty days, after which it expires? And if such an expiration date exists for monastics and lay believers, why do ordained clergymen commune at every liturgy? We already know that before the holy communion we are all equal, clergy, monastics, and laity. No one has rights and there are no entitlements here. Even without being great sinners, we are equally unworthy of communing with the Lord, the One Holy. I remember the advice of my second spiritual guide, Father Florin Boitan, who warned me, “May the Lord spare you the delusion that you commune worthily!” Our tradition does not know of any clerical, or monastic, privilege when it comes to the holy communion. Also, our tradition knows of no faultless person. As Saint Silouan the Athonite repeated, even the saints can be wrong. We all are God’s people, all being equally in need of this medicine of life—and of this means of maintaining an ecclesial way of life.

Both these misunderstandings refer to communing from subjective and individualistic viewpoints, unrelated to the nature of the mystery, or sacrament, of communion. On the one hand, there is the subjectivity of lay believers who proceed, or not, to commune after going through the available (and, again, untraditional) questionaries that allow them to establish whether or not they are “worthy.” As not communing is counterproductive, so is too communing for the wrong reasons, such as one’s own sense of “worthiness.” On the other hand, there is the subjectivity of the clergymen who evaluate the moral score of lay believers according to the same untraditional questionaries, in order to grant them, or not, permission to commune. Above all, in many cases, the personal convictions of the priests replace the Church’s tradition—as is the case with confessors who either allow for communion often or prescribe only rare communion for lay believers. Their convictions are, of course, based on ignorance regarding the traditional regime of the holy communion.

Part One and Part Two