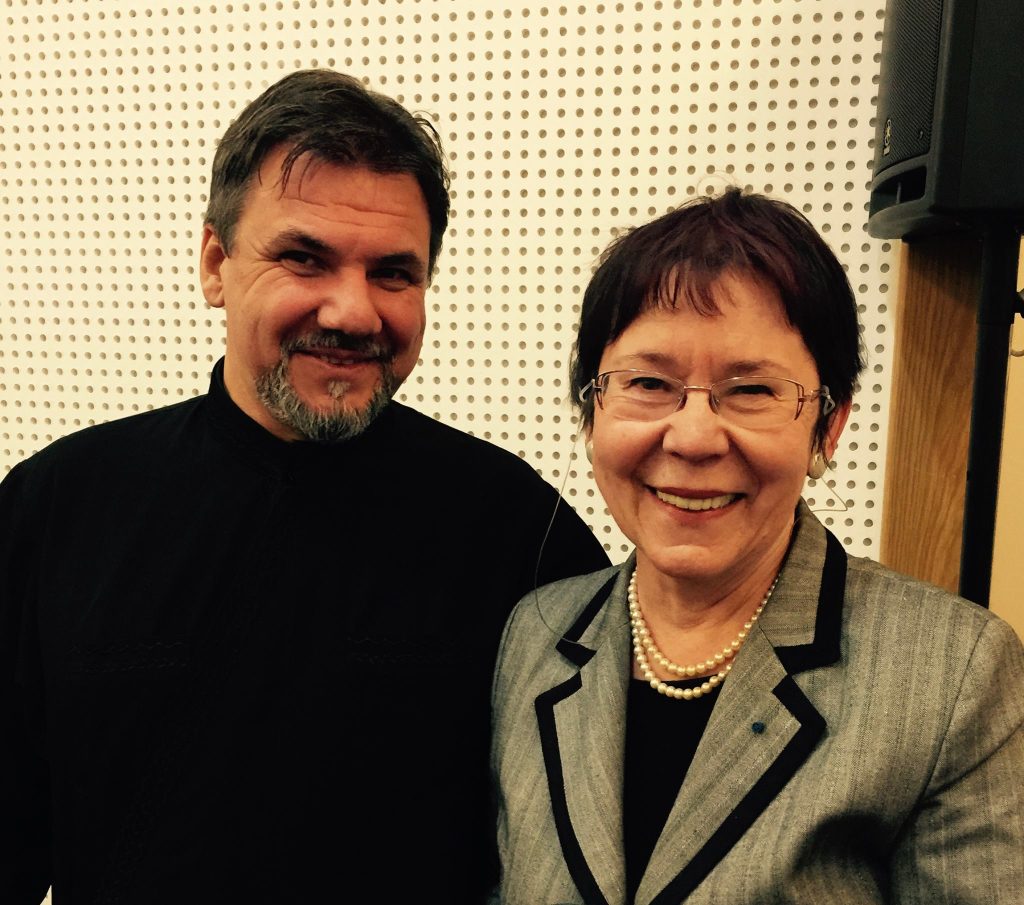 16 February 2017  At the invitation of Dr Magda Stavinschi (Institute for Transdisciplinary Studies in Science, Spirituality, Society, Bucharest), Doru Costache offered, in Romanian, the lecture ‘From Astronomy to Theology: Natural Contemplation in Clement the Alexandrian.‘ The event was hosted by the National Library of Romania.

Abstract: Elaborating within the Platonic paradigm, Clement the Alexandrian construed the way of perfection as a triadic pattern which progressed from the stage of ethical formation to physics or the contemplation of nature and then epoptic or the vision of transcendent realities. The three stages pertaining to the Clementine discourse on perfection are well researched. Nevertheless, when they address this triadic pattern most contemporary scholars prefer to treat its first stage and the third one. Indeed, and irrespective of their reasons for doing so, scholars pay almost no attention to Clementine physics or the contemplation of the cosmos. When natural contemplation happens to be noticed, it is primarily as a steppingstone or preparation for the Clementine gnostic’s contemplation of metaphysical realities. After a summary of the three stages of Clement’s way of perfection, in this lecture I address the second stage, of natural contemplation. My own research in the last several years led me to the conclusion that the second stage entails three sequences—a scientific description of the universe, followed by a theological interpretation of the cosmos and then the mystical perception of reality from the vantage point of Christ and the human person united to the Lord, the “holy gnostic” or the intellectual become saint. The subject at the core of Clement’s discourse is the scientist who endeavours to know and understand the universe, an effort which leads her/him to philosophy and then theology. This epistemological trajectory is crowned by the human being’s deification, the intellective process becoming a process of spiritual transformation. Clement illustrated this holistic process of understanding and transformation by reinterpreting the figure of Abraham, the scriptural patriarch, as an astronomer concerned with making sense of the world, an interest which ultimately led him to the quest for God. Interestingly, Clement pointed out that the patriarch did not abandon his scientific interests even after the encounter with the Lord, thus uniting within his personal experience the man of science and the man of the faith. In so doing, the great Clement has offered a noble solution, appropriated by the tradition of the Fathers—an alternative for the impasses which we experience within this culture of divisions and antagonisms.