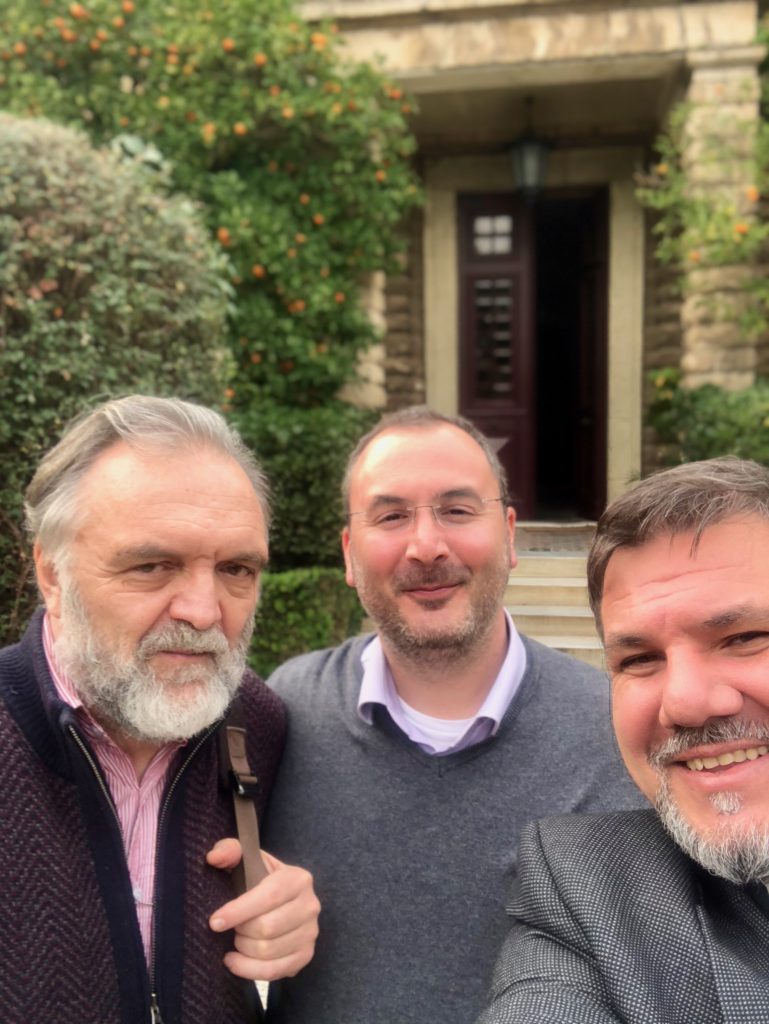 A conversation with Dr Konstantinos (Kostas) Tampakis, Associate Researcher at the Institute of Historical Research of the National Hellenic Research Foundation, Athens, Greece. The discussion moved from Kostas’ career trajectory to his current research in contemporary Orthodox attitudes towards the sciences.

Kostas is a physicist by training and for many years he has continued to lecture in that area. His double interest in physics and education gradually led him, especially through his doctoral research, to the field of the history and philosophy of science. In his thesis, he examined the history of science-teaching in Greece from the mid-nineteenth century to the mid-twentieth century, a study where he developed his earlier graduate research in the area of reception of quantum physics in contemporary Greece. Under the leadership of Efthymios Nicolaidis, Kostas contributed to the projects run at the National Hellenic Research Foundation, NARSES and SOW, as a researcher. Currently, he co-chairs with Ronald Numbers the interdisciplinary group History of Science-Orthodoxy Relationship within Project SOW.

The discussion focused on the importance of historical awareness on the part of Orthodox and non-Orthodox alike in regard to the various Orthodox ways of tackling the sciences. Orthodox Christianity, indeed, is an ecclesial family with many and diverse voices. While the dominant attitude of many Orthodox towards scientific research and technological advancement is overall open and positive, there are circles where these are considered quite reluctantly. Kostas’ conviction is that the historical approach to the various Orthodox attitudes throughout history is the way ahead for clarifying what the Orthodox tradition is about. Interestingly, he shares with us, it is not only the ancient patristic tradition that can teach us important lessons; it is also the modern history of Orthodoxy, which, largely unknown by Orthodox and non-Orthodox alike, contains examples of mature handling the scientific culture of a given time. Rigorous information, therefore, can help contemporary Orthodox to avoid the pitfalls of concordism and fundamentalism. The discussion is abundantly seasoned with such useful examples, painting a vibrant image of Orthodoxy’s engagement of the shifting scientific paradigms throughout history.