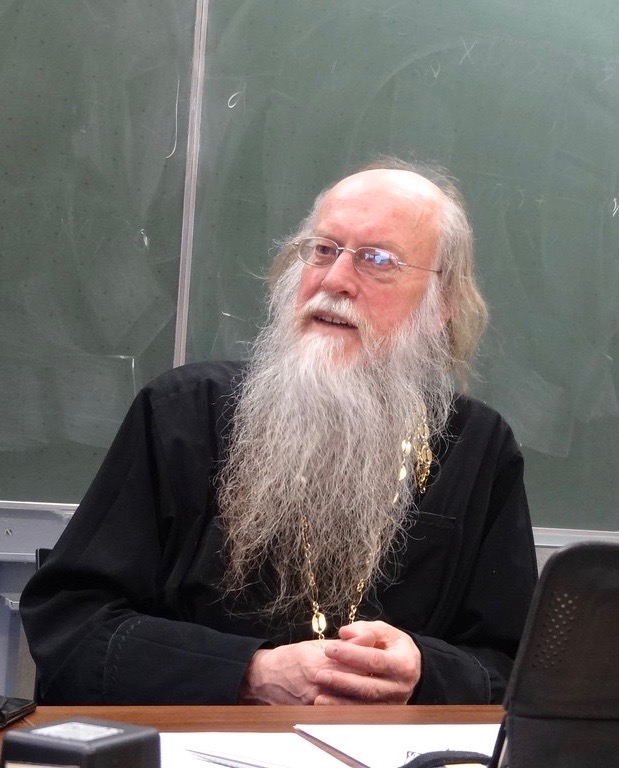 A conversation with Archpriest Professor Andrew Louth, FBA, on the cultural universe of the early Christian theologians and their ways of engaging the available sciences. Father Andrew is also an Emeritus Professor of Patristic and Byzantine Studies, Durham University UK. His impressive list of publications includes a great many authored books, edited volumes, journal articles, and book chapters.

The conversation begins with Father Andrew discussing some of his works, such as the—now—classical The Origins of the Christian Mystical Tradition: From Plato to Denys (Oxford), the highly successful Maximus the Confessor (Routledge), and the more recent monograph, St John Damascene: Tradition and Originality in Byzantine Theology (Oxford).

Next, what Father Andrew tells us is that, given their multilateral education in the classical tradition, the early Christian and medieval theologians espoused a complex worldview that integrated a variety of disciplinary perspectives. From a vantage point such as this, what they aimed at was draw representations of reality able to hold together the human being and the cosmos. As people of their respective times, when holistic viewpoints on reality were highly valued, they could not discuss humankind outside its environment, immediate as well as more distant. Nor was it in their habit to contemplate the cosmos without life on earth and ourselves. Above all, what determined their interest in the cosmos and all its inhabitants was their conviction that all these are God’s creation. As such, all these are significant. And as they are significant, they deserve our effort to contemplate them. Contemplation, in turn, entails multidisciplinary lenses, theological, scientific, and philosophical alike.

To illustrate his discourse, Father Andrew refers to such traditional witnesses as Saint Basil the Great, Saint John Damascene, and Father Pavel Florensky.

The second conversation with Father Andrew can be found here