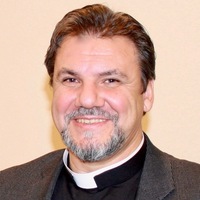 The work of the Church unfolds both inwards and outwards—inwards catechetically, liturgically, pastorally, as well as through theological reflection, and outwards philanthropically and missionally, through engaging the world. In what follows I wish to address a narrow aspect of the outwards activity of the Church, namely, the conversation of its theology with the contemporary sciences, part and parcel of the ecclesial mission. I shall not discuss the particulars of this conversation or dialogue. Instead, my intention is to show that this conversation is as ecclesial as any other form of the Church’s missionary input and indeed any of the Church’s activities, whether internal or external.

The outwards work of the Church, its mission, is an answer to the Saviour’s mandate for us to hand on his Gospel “to all nations” (Matthew 28:19). This activity is as defining for and vital to the ecclesial tradition as is the embedding of the Gospel in the life of God’s people through the various ministries within the Church (Ephesians 4:11-16). After all, we read, “you are a chosen race, a royal priesthood, a holy nation, God’s own people, that you may declare the wonderful deeds of him who called you out of darkness into his marvellous light” (1 Peter 2:9). We cannot but be a priestly, ministering people, and we cannot minister only to the “saints” (Hebrews 6:10) without regard for those who aren’t. This being the case, shall anyone be afraid to converse with the world of those who are not saints? Shall anyone within the Church refuse to give a chance to those in the world to join the ranks of the saints?

It is true that concerning its way of being the Church is not of this world, but this does not mean that, regarding its position in space and time, it is not in the world. Tropically different in that it moves on particular existential coordinates, topically the Church coincides with the world in that it inhabits it. During the second half of the second century, Saint Theophilus of Antioch likened the ecclesial communities scattered throughout the known world to as many haven islands in the sea (To Autolycus 2.14). Irreducible to sea water, the islands still interact with the sea. Dispersed throughout the sea, the islands are still engaged in neighbourly rapports with the water. Neither antagonism nor concordism can therefore be the solution of these rapports. The Church cannot embrace such facile approaches as seeking salvation off world or evading from the world and cultivating symphony and agreement with the world at all cost. It is for this reason that in the past the ecclesial tradition has cultivated comprehensive and nuanced criteria, balancing being in the world with not being of this world. Neither running from the world nor drowning in its rhythms can be taken as apostolic stances—even though sometimes both running away from and drowning in the world have occurred.

Father Georges Florovsky penetratingly noted that a truly ecclesial way of handling matters should take as a starting point the radical distinction between the Church and this world, but not in order to avoid the world; it is in order to embrace the world in a manner that is specific to the Gospel. In his essay, ‘Faith and Culture’ (in vol. Christianity and Culture [Belmont, MA: Nordland Publishing Company, 1974] 9-30), Florovsky described the main obstacle which hinders the encounter, namely, the tension between the Church and the world caused by their opposite minds. He pointed out further that given the Church’s mandate to save the world and the impossibility to achieve this goal without metanoia, the world’s change of mind in accordance with the Gospel, the Church must preach the Gospel to the world. Elsewhere, in his ‘Revelation and Interpretation’ (in Bible, Church, Tradition: An Eastern Orthodox View [Belmont, MA: Nordland Publishing Company, 1972] 17-36), Florovsky maintained that the task of traditional theology, understood as a function of the ecclesial body, is to facilitate the encounter between the ecclesial mind and the secular culture of any given moment. It is unlikely that the Church fulfils its mandate to preach the Gospel “to all nations” when it closes its eyes to the world of today, its culture, its science, its issues.

Evasion and the antagonist idea cannot be the choice of the Church with reference to contemporary culture. It is saddening to see how certain pseudotheological and pseudospiritual milieus within Orthodoxy hide behind the ecclesial mindset when they interpret tradition as uniquely tasked with shelving the relics of the past. And with keeping away from the world. Never enjoying the present, when they do not wallow in the murks of the past, the representatives of such milieus attempt disgraceful leaps over the current world and time, into a future, eschatological world. For them, the world is irredeemably evil, culture is perverse, science is sinful, technology dangerous. Let’s run away and abandon this new Atlantis to perish under the weight of its ambitious achievements! Behind the hiding of such Orthodox milieus in the ivory tower can easily be discerned fear, not certainty. They do not hide from the world, its culture, and its science because they are certain of their faith; they hide because they fear the world and what the world can do to their feeble faith. The eschatological hope is inherent to our tradition and it remains legitimate as long as it proves to be the necessary catalyst of a creative tension—for the project of implementing in the here and now the criteria of that future world. But not in order to reject the Church’s mandate to preach the Gospel “to all nations.”

It is true that the current state of affairs does not allow for irresponsible optimism on the part of the Church. Christians are still slaughtered here, there, everywhere. Either literally beheaded, stabbed, blown apart, and gunned down by the pagans or figuratively put to death by the secular and atheist critics, Christians are still the target of all. One can understand the fear and disgust of the milieus that, within the Church, resist the idea of dialoguing with the sciences, with the culture, with the world. But the Church should not delude itself that the world can be other than imperfect. If the Church is imperfect—and it is, since it has failed the Gospel in oh so many ways—how could the world not be? But Christ has come down from heaven for the sick, the wounded, and the lost. Do these milieus within the Church truly believe that past societies have not experienced the problems that confront us today? The only difference between this one and past worlds is that ours is better equipped to pursue and fulfil its goals. Otherwise, it is the same sick old world in need of healing and mending. Now, if the healer refuses to administer his/her skills, how will the sick be healed? How will the world heal if we relinquish the Church’s mandate to preach the Gospel “to all nations”?

We, the Church, must reach some clarity about the problems of the world—their perennity, if you wish, beyond their various morphologies in history—and so dare to encounter the world, its suffering, its wounds. It is a matter of Christian compassion, since there is no greater love than to put one’s life for the sake of others (John 15:13). If we are children of the New Testament, we shall overcome our fears and the hatred of the world, and we shall “go forth in peace,” as our liturgy concludes, towards the world, its culture, and its science. It is also a matter of mutual interest. After all, we live in this same world, increasingly poisoned, mean, and perverse, whose life grows thinner and thinner because of the vicious circle which holds it captive and because of us, Christian fence sitters. The way to be carried away by the rhythms of this world is for us tantamount to dying, so is our inactivity death for the world, or rather killing, albeit unwilling.

We have grown accustomed to point fingers towards the scientific community, which we hold accountable for the collapse of the values and the undermining of life. If that is so, if the scientific community led the world here, then we must also realise that this world and its science cannot get out of the dead end without our input. Has not the anonymous author of Letter to Diognetus (5-6) told us in the same second century that we, Christians, are the soul of the world? If we take the soul out of the body, will the body of the world not die? But it is not the body of the world which must perish; it is the current form of the body, its fallen morphology (1 Corinthians 7:31).

The world needs us even though it does not know it. And we need the world, too, for as long as we live here. We have to find a way to work together for the betterment of the world, to do the work of the Lord. To that end, we must acknowledge one another and talk to one another, overcoming all animosity. Without representing the actual solution, our conversation, our dialogue could constitute the framework where we may arrive at solutions—should we undertake to understand and respect each other’s competences. It is not the dialogue that we should fear; we should fear the monsters which lurk in the dark recesses of our undiscerning, unwise, and untamed conscience. If we know who we are and what our faith is, what power is left for the sting of death to strike at us?

This is an expanded version of a text originally published in Romanian, in Bărăganul ortodox (a periodic of the Diocese of Slobozia and Călăraşi) 17 (2004) 4.

Below are photos from the event.