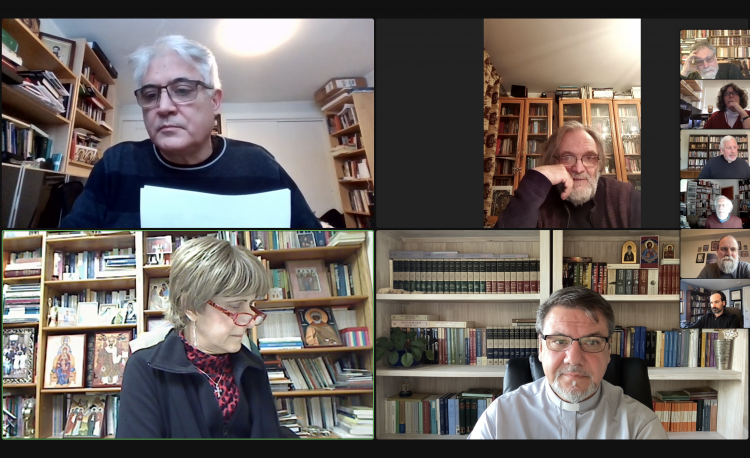 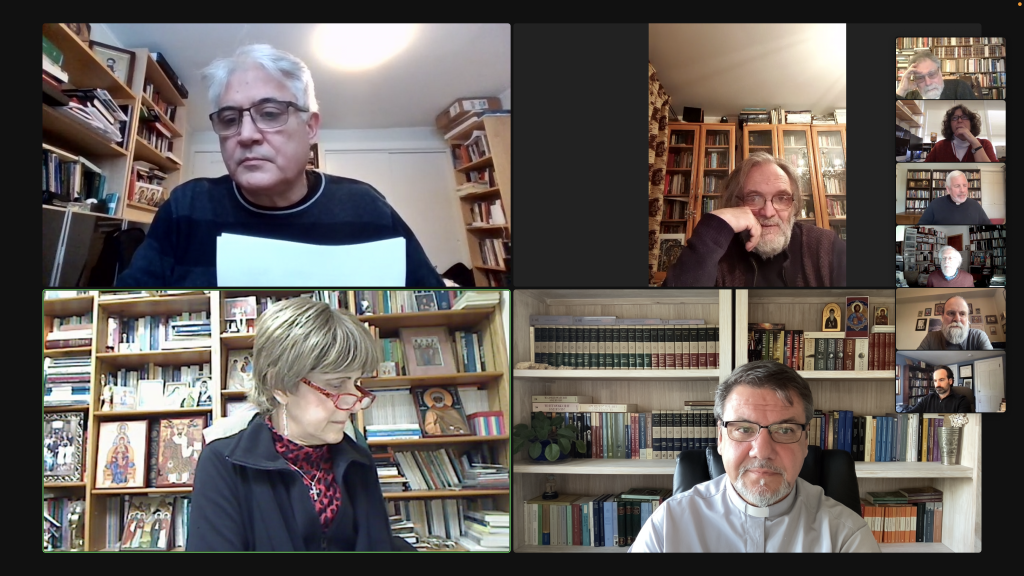 On 13 January 2022, AIOCS’ Founding Director, Protopresbyter Dr Doru Costache, contributed to a panel discussion that focused on the question “What Makes the Dialogue between Science and Religion Theologically Valuable?” The panel was part of the annual meeting of the Orthodox Theological Society in America, 13-15 January 2022, whose theme was “Orthodoxy in a Pluralistic World.” Here is his blurb, as the only Australian participant in this event and as one of the less than a handful of non-OTSA speakers invited to the conference:

Protopresbyter Doru Costache holds a PhD in Orthodox Theology from the University of Bucharest in Romania. He is an Associate Professor at the Sydney College of Divinity (SCD), Australia, lecturing in Patristic Studies at St Cyril’s Coptic Orthodox Theological College, an SCD member institution. He also is Research Director of the Institute for the Study of Christianity in an Age of Science and Technology (ISCAST) and the inaugural Selby Old Fellow in Religious History of the Orthodox Christian Faith at the University of Sydney (2021-2022). Fr Doru’s research focuses on providing early Christian and Byzantine examples of culturally and scientifically engaged theology and identifying early Christian and Byzantine lessons for today. His latest book Humankind and the Cosmos: Early Christian Representations was published in 2021 by Brill.

Costache spoke alongside Associate Professor Stoyan Tanev (proponent of the panel) and Deacon Dr Alexei Nesteruk, the discussion being moderated by Dr Helen Theodoropoulos. Here is the topic of the discussion as detailed by the event’s programme:

Costache discussed in brief each of the above questions. He pointed out the usefulness of dialogues between scientists and theologians in order to learn about each other and to strive together towards building a holistic culture where reality, from human to cosmic, is assessed from a variety of viewpoints. He emphasised the fact that the known antagonisms and setbacks in the dialogue do not warrant abandoning it, instead requiring further efforts on the part of all involved.

That said, he showed that, traditionally, the Orthodox theologians of the early Christian and the Byzantine eras went beyond conversing with a range of cultural contexts, including scientific, by engaging them critically, discerningly, and creatively for the purposes of equipping the church with missional and pastoral tools relevant to those contexts. It is the usefulness of scientific and cultural instruments for Christian mission and pastoral care that renders the dialogue and the theological engagement of science valuable.

Costache’s patristic examples ranged from Clement of Alexandria’s method of contemplating nature to Athanasius of Alexandria’s pastoral advice anchored in the medical science of the day to the Cappadocian Fathers and Mothers’ commitment to culture, philosophy, and science. In terms of modern Orthodox scholarship and thinking, he referred to such representatives as Bruce Seraphim Foltz, Christopher Knight, Vladimir Lossky, John Meyendorff, Panayiotis Nellas, Efthymios Nicolaidis, Dumitru Stăniloae, and Christos Yannaras. He pointed out the existence of a variety of approaches to matters scientific within the Orthodox tradition, and accordingly proposed that instead of seeking one way of addressing the matter, thus uniformity, we need to devise customised responses for various audiences.

The programme of the event, including abstracts