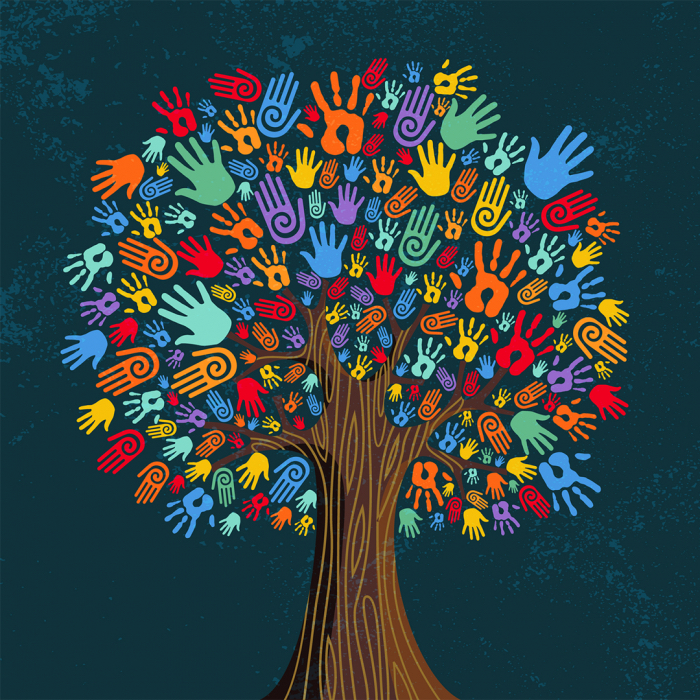 Today, there is no shortage of overemphasising the visible and deemphasising (or altogether forgetting) the invisible. This is not only the case for those who stand outside the various Christian circles, but it has also become the norm in the modern Christian way of life. This series of three blogs aims to explore Clement of Alexandria’s contributions around the movement from the visible to the invisible. Bringing his perspective into the modern day might enable a restoration of the importance of the invisible, as well as a deeper appreciation of the visible.

Part One: The Logos Beyond Nature and the Scriptures

A lost link in our modern times is between nature and the scriptures. Nature belongs to the created order, yes, but for most people it has little to do with the “spiritual realm,” scriptural wisdom, or ascetic practice. We see, however, this link being prominent in many patristic thinkers, including Clement, as Paul Blowers points out in an insightful book chapter (“Contemplation of Nature and Interpretation of the Bible in the Patristic Period” in Nature and Scripture in the Abrahamic Religions (Leiden: Brill, 2008) 1:147–176). For example, Clement suggests that we should advance towards the

doctrine of nature of the gnostic tradition in accordance with the canon of truth, or rather initiation in that tradition, based on consideration of the origins of the cosmos and ascending thence to the domain of theology proper (Stromateis 4.1.3).

Clement, here, suggests that we should approach and interpret nature in the same way we do the scriptures. This can be seen through his use of the phrase that almost always denotes scriptural exegesis: the “canon of truth.” Moreover, this contemplation of nature in scriptural fashion, which takes as a starting point the “origins of the cosmos,” enables an ascent to the divine realm. The created universe is not only hermeneutically decipherable; it also is theologically meaningful.

Clement’s intellectual successor, Origen, develops this perception further and envisions “two books,” one of nature and one of the scriptures:

Scripture and nature share a common origin: the Logos of God. Uncovering the message that undergirds them leads to the same God. Nature and the scriptures are not simply what they appear on the surface; they are pointers to deeper realities that must be uncovered, messages to be decoded. While to this day, as in the past, many idolise and worship both scripture and nature, for Clement and Origen they are signifiers of a reality that transcends them.

A later Christian thinker, Evagrius, who was certainly influenced by both Clement and Origen, took the “two books” idea even further: the vigilant mind is a “third book” that is being continuously written. The human being does not simply contemplate nature and study the scriptures without being affected, but rather, whatever he or she finds in the two books affects him or her: “a purified mind comes to be written through knowledge” (Scholia in Psalmos 138.16). This should not come as a surprise. The divine Logos is immanent in all three books, revealing himself through nature, through the scriptures, as well as through the human being that is being deified through ascetic discipline and contemplation.

Clement’s impact on Origen and Evagrius is obvious, while both developed his ideas in original ways, but it is through Evagrius that these same ideas were communicated to later generations. Through the mediation of the Evagrian writings, Clement’s influence came to be especially important in the monastic tradition, where contemplating both nature and scripture was centrepiece. John Cassian’s Conferences mention a deacon named Photinus, who showed how to understand the phrase “Let us make the human being after our image and likeness” (Genesis 1:26):

He explained that the image and likeness of God was taken by all the leaders of the churches not according to the base sound of the letters, but spiritually, and supported this very fully and by many passages of Scripture, and showed that nothing of this sort could happen to that infinite and incomprehensible and invisible glory as to be comprised in a human form and likeness, since its nature is incorporeal and uncompounded and simple, and what can neither be apprehended by the eyes nor conceived by the mind (Conferences 10.3)

The passage might not speak directly about the contemplation of nature, as cosmos, but it does so under the guise of a movement from the visible to the invisible in the scriptures and in the perception of the human mystery. A couple of clarifying points are in order.

First, the words in Genesis cannot be taken at face value, but must be understood “spiritually.” Spiritual reading is supported by “many [other] passages.” This approach to the scriptures drastically differs from the historical-critical method of modern times. Yes, each passage would have its own context and background, but the divine voice underneath all of the scriptures is the same. This permeating divine ground frees us to understand a particular passage based on other scriptures, even when they come from different authors or from different time periods. Interpreting the scriptures, therefore, is a laborious exercise in reaching beyond the letter towards hearing the divine voice that lies beneath the textual surface. It is a flight from the visible to the invisible, as it were.

Second, the human being cannot be taken at face value as an organism comprised of billions of tiny cells fuelled by chemical processes. The human being is made “after the image and likeness of God,” which means that there is a deeper ontological reality of the human being in which the resemblance of God—regardless of what that might mean—can be found. To grasp the human mystery, therefore, is another form of flight from the visible to the invisible.

In this light, the scriptural hermeneutics of transcending the letter becomes the key to unlocking the human mystery, again by an identical movement from the visible (external appearance) to the invisible (being in the image). As such, the passage develops Clement’s presuppositions by showing the way a spiritual understanding of the scriptures leads to a spiritual understanding of the created order.

In the next blog, I will delve deeper into nature. I will also turn to modern atheism and to what it means in terms of the creation’s visible and invisible sides.

Mina H. Samy is a software engineer and holder of a Master of Theological Studies with interests in patristics and liturgics