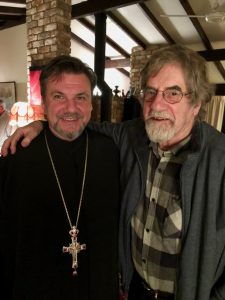 Attempts to make sense of the tradition are as old as Christianity. Christ was condemned as an iconoclast, as it were, someone who showed disrespect for the ancestral traditions of his people. His compatriots perceived him indeed as irreligious, a reformer, and as a progressive person who prioritised the human being above all else, including above the tradition. As for him, in delivering the parable of the wineskins he reflected on the impossibility to keep new wine in old wineskins and on people who, unable to appreciate the effervescence of the new wine, prefer the familiar qualities of the old wine (Luke 5:37-39). The parable suggests that, as with the new wine kept in new wineskins, people should undertake a profound renovation of their mode of existence and view of things. They should change their mind, heart, and life according to the promise of the kingdom, rather than comfortably sink back into the old ways of religion. The parable seems to hint therefore at a progressivist understanding of the Christian life. The same connotation transpires already through Christ’s first exhortation of people to change their mind, to convert (not “repent,” as the popular translation has it, wrongly so) in order to inherit the kingdom (Matthew 4:17). But the renewal of the mind, heart, and life which Christ preaches does not require to wipe out all matters old. Far from meaning to abolish the Law and the Prophets, the Lord has come to fulfil them (Matthew 5:17). Saint Paul understood Christ’s reform in terms of interiorising the Law and the Prophets by the translation of their message in evangelic, existential terms (Romans 2:28-29). What mattered for him ultimately was the outcome of interiorising the Law as Gospel, namely, the new creation, the renewal of the person (Galatians 6:15). The renewal of all things, personal, natural, and cultural, is the destination of the entire creation (Revelation 21:5).

The above examples do not exhaust the wide range of references to the tradition that permeate the New Testament, but they bring to the fore the complexity of this phenomenon. In synopsis, the relevant references seem to converge on two main strands of meaning, perfectly illustrated by the words παράδωσις, particular to Matthew, and παραθήκη, particular to 1 Timothy. The first word refers to the dynamic of “handing on” the Church’s teaching or the wisdom; this is the primary sense of the tradition, as ongoing transmission of certain contents. The second word means “deposit,” suggesting a treasury of the Church’s authenticated teaching and wisdom, which is the content of the tradition—what actually is transmitted. Considered through the lens of these two terms, the tradition is no simple thing. The tradition is already given, but not yet achieved. It is constant in regards to its content, but dynamic in its task to convey that content to all nations (Matthew 28:19) and to the entire creation (Mark 16:15). The early Christians knew very well the complex structure of the tradition and consequently talked about one Gospel and many Gospels. The one Gospel of Christ was delivered, in redrafted or repackaged form, differently to various audiences, according to the cultural sensitivities of those audiences. It follows that the one message of the Christian tradition must be conveyed in ever new ways in order for the message to reach out to people living in different times and places. In this light, the Christian tradition is neither conservative nor progressive; it is both conservative and progressive. Rather, it is above conservatism and progressivism as these words are currently understood. In current parlance conservatism consists in the rejection of any adjustments of what has been received from previous generations, whereas progressivism refers to the attitude of disregarding anything coming from the past as out of date and therefore replaceable by new ways of thinking and doing things.

Unfortunately, conservatism and progressivism, albeit foreign to the New Testament meaning of the tradition, managed to creep into the Church’s mind. Utterly misunderstood by the antagonists, the tradition becomes either something to be blindly idolised, irrespective of how counterproductive that may prove to be in pastoral and missional situations, or something to be disposed of as anachronistic and useless, irrespective of how important wisdom past may be for the experience of God’s people in our day and age. The contemporary internecine conflict between “Orthodox” conservatives and progressives makes no sense whatsoever. If the Christian tradition is both old and new, unchangeable and changeable, static and dynamic, reductionist adherence to either of the two sides is by definition nontraditional and unorthodox. As Christos Yannaras would have it, by absolutising one aspect to the detriment of the whole, both positions are heretical. And their heretical mindset becomes manifest in that their commitment to reductionist takes on the tradition blinds them to the points made by their opponents—but foremost to the points made by those who do not adhere to either form of reductionism. I am certain that the readers who embrace the whole of the tradition, as παράδωσις and παραθήκη, know from experience how misrepresented they themselves are by the partisans of the two reductionist approaches. One who is neither conservative nor progressive, but Orthodox, is a scandal for the reductionist mind. Such a one is a progressive to the conservatives and a conservative to the progressives. As the Lord was misjudged by his compatriots, so are his disciples. As the Lord was put on the cross by the soulless minions of orthodoxy, so the conservatives and progressives reject and marginalise and persecute his disciples. “You protestant!” the conservatives spit in the face of the disciple. “You taliban!” the progressives label the disciple. But, as the Lord had to suffer at the hands of the conservatives, I would say that the accusations coming from their successors are more problematic than those of the progressives. They are more problematic because the progressives already distanced themselves from the tradition, whereas the conservatives claim to be its gatekeepers.

A question remains: How can a Christian be conservative in the name of the Lord who was condemned as irreligious, a reformer, and as a progressive person who prioritised the human being above all else?