A discussion with The Revd Dr Christopher Knight, an Orthodox theologian with a background in astrophysics, currently affiliated with the Institute for Orthodox Christian Studies, Cambridge UK. He also is a Fellow of the International Society for Science and Religion, an organisation whose Executive Secretary he was for many years. Father Chris is a prolific writer and, by all accounts, the foremost Orthodox Christian expert in matters of theology and science.

The discussion focused on Father Chris’ concept of divine agency, understood as an all-permeating presence of God throughout the processes of nature. This concept entails a richer sense of nature than its modern correspondents, but it is nature none the less. It should not come as a surprise that, against the widespread perception to the contrary, Orthodox Christianity has a deep interest in nature, understood as God’s creation. This interest is obvious in many writings of the revered theologians of the past, known as church fathers. Some of them made copious use of the available scientific knowledge in order to have a better grasp of the world in which they lived. These are important proofs of the Orthodox tradition’s capacity for reaching out culturally, that is, engaging the cultural context in creative manner. No wonder the same theologians could propose views of the world where scientific analysis and theological interpretation coexist and enrich each other. 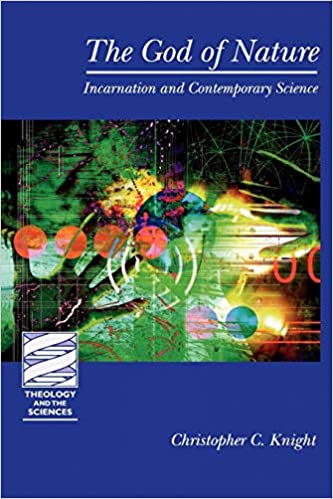 This type of convergence is obvious in patristic exegetical writings, especially those of Alexandrian and Cappadocian authors. Operating with a concept of Scripture as decipherable on two or three levels, they were able to find room for scientific and cultural information at certain levels of interpretation. This is not a matter of confusing science and theology; instead, it is a way of saying that our knowledge of reality evolves with the time, to the extent that in later ages we have a better grasp of nature than our ancestors. For example, the scientific knowledge of the ancient Hebrews, which constitutes the foundation of the scriptural worldview, was less rigorous than the science of late antiquity, of which the church fathers were aware and to which they referred in their works. The significance of this traditional lesson is immense. As the fathers of late antiquity trusted the scientific knowledge of that age, so, too, contemporary Christians should refer to the scientific knowledge of this time when it comes to the natural world, including the topic of evolution.

But does reference to evolution, cosmic and biological alike, affect in any way the Christian doctrine of creation? Our traditional, richer concept of nature seems to point to a negative answer. For the patristic concept of nature, theological by all intents and purposes, does not dismiss the scientific view; it includes it. In addition, the conversation provides examples of patristic ways of considering the created universe from a variety of angles, which including scientific research and theological interpretation. As such, creation and evolution are two different ways of considering the same, rich nature, understood as sacrament of divine presence at the core of the creation, and so as a mystery. In this light, rather than competing views, much like theology and science creation and evolution complement each other.

Read about the first conversation here.